Brown Almighty Back on Turf in Transylvania 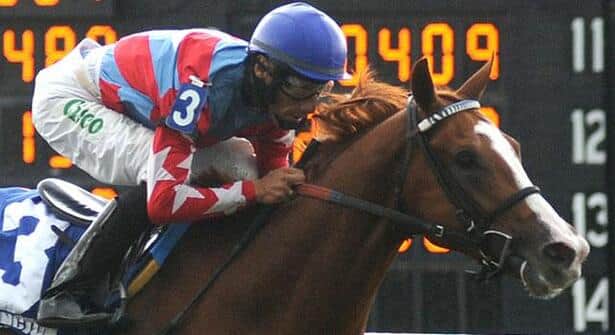 When last seen at Keeneland, Brown Almighty was in the middle of a rodeo disguised as the Bourbon Stakes (G3) in October 2012.

That day, Brown Almighty finished third but was placed second on the disqualification of Really Sharp. The performance earned Brown Almighty a start in the Breeders’ Cup Juvenile Turf (G1) at Santa Anita in which he finished ninth.

On Friday, Brown Almighty returns to the grass for the first time since the Breeders’ Cup when he goes postward in the $100,000 Transylvania Stakes (G3) at 1 1/16 miles.

“There were two reasons for going in that spot,” trainer Tim Ice said Wednesday morning from Oaklawn Park. “Number one is that he ran well in the Bourbon last fall, so we know he gets over the course well.

“Secondly, there has been a lot of rain this spring (at Oaklawn) and he has had to work on some sloppy tracks and he was just not getting over it as well.”

Brown Almighty, who became the first stakes winner for 2008 Kentucky Derby Presented by Yum! Brands (G1) winner Big Brown when he won the Sunny’s Halo Stakes at Louisiana Downs in August, finished fifth in the Smarty Jones Stakes in his 2013 debut and then was eighth in the Southwest Stakes (G3) over a sloppy track.

Ice has not ruled out a return to dirt later for Brown Almighty, but for now it is back to the grass for the colt who has a 5-2-2-0 mark on the turf. Rosie Napravnik has the riding assignment Friday.

Ice shipped one other horse with Brown Almighty to Keeneland and at the close of the Oaklawn meet on April 13, plans to ship horses to the Trackside Training Center in Louisville with occasional forays to Keeneland the latter part of the meet that ends April 26.