Brisset says joining WinStar is the 'right move' for his career 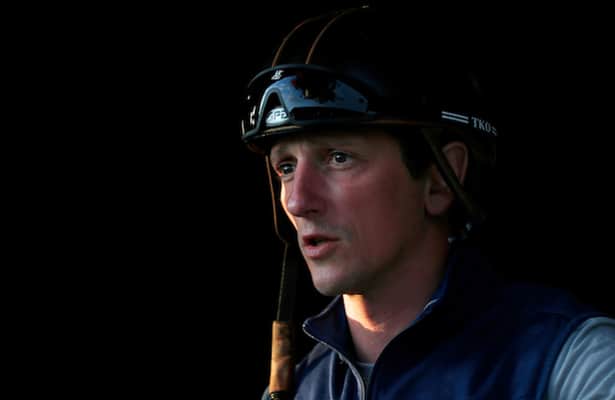 For Rodolphe Brisset, joining WinStar Farm as its in-house trainer was the right move at the right time.

“It just feels like they're the right move at this stage of my career,” Brisset told Horse Racing Nation this week. “We were able to come up with an agreement where I can keep 20 horses on my public side. I can keep my clientele, the people who have been supporting us since the beginning. We own a couple horses in partnership with some friends, so that was a good thing.”

He said the goal for the Versailles, Ky., farm will be to have about 80 or 90 horses, including about 20 that he will train for his private clients.

Brisset said WinStar brings plenty of resources to the table.

“WinStar has changed its track to a dirt track and made it a track that's very similar to Keeneland's dirt track,” he said.

Brisset will retain 20 stalls at Keeneland – about 10 minutes way – for working out of the track’s gate and as a backup in case any work needs to be done on the WinStar track.

Other amenities Brisset mentioned include a half-mile uphill gallop and a turf course – “right now we don't really use it because it's too dry.”

“We have spa, we have a swimming pool, we have Aquatread and all those small details where we want to benefit the soundness of the horse.”

Brisset also provided updates on some of his top horses, including We The People, which is owned by WinStar in partnership with Bobby Flay, CMNWLTH and Siena Farm. The Constitution colt followed his 10 1/4-length win in the Peter Pan (G3) with a trip to the Belmont Stakes, where he finished fourth.

“He turned for home head to head with Mo Donegal and just got tired,” Brisset said.

We The People “went an easy half-mile in 50 (seconds)” on Saturday, he said, and will work again this Saturday.

“I think we keep our all options open between the Haskell, the Jim Dandy and the West Virginia Derby, which, if you look at the calendar, will be the next three spots for those 3-year-olds. … I'm not leaning to anything in particular yet. I just kind of want to see how he trains this week and see how he breezes on Saturday.”

Brisset’s top earner this year is Yuugiri, owned by Tsunebumi and Sekie Yoshihara. She was in the money in her first five career starts before finishing 13th in the Kentucky Oaks.

She went to WinStar about two weeks ago and is taking a break.

“Her last work was good timewise, but I was working her myself and I just didn't feel like she showed the same energy. She's had a long winter, she's been good to us. And we have to be good to her. … So she’s going to be on a 60-day turnout. And we will gear her up for the winter at Oaklawn; we know she loves the ground. The Oakland program for 4-year-old fillies and up is pretty strong.”

She won the Fantasy (G3) at Oaklawn and was third in the Honeybee (G3) before that.

Western River, whom Brisset calls “the big horse,” won a Churchill Downs allowance by 5 1/4 lengths on June 18 after finishing fourth in the Peter Pan. He is owned by Brisset’s September Farm with Union Park Thoroughbreds, Black Fern, Michael and Tammy Motley and Storyteller Racing. Storyteller is owned by Ted and Mary Nixon, and they bought a 50 percent interest in the Tapit colt after he did not attain his reserve at the April Keeneland sale.

“They're really good people and love the horses and the racing,” Brisset said. “And we were able to get the first win last time. That was the first official win under Storyteller Racing.”

Western River breezed four furlongs in “a very nice” 49.0 seconds Monday at Keeneland, and Brisset said he is being pointed to the July 29 Curlin as a prep for the Travers.