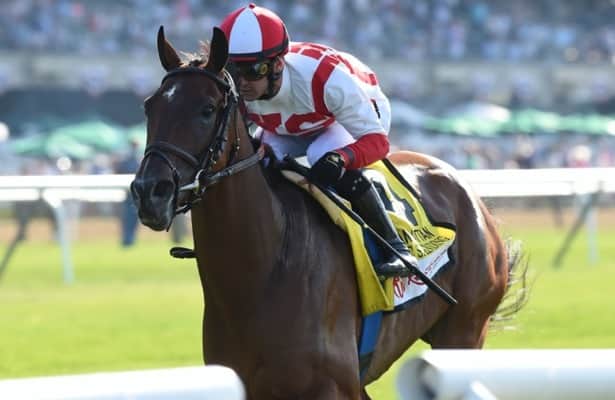 Trainer Chad Brown said Domestic Spending is out because of inflammation in his left foreleg, according to a social media post from Daily Racing Form's David Grening.

Domestic Spending earned a pair of Grade 1 wins this year in the Turf Turf Classic (G1) at Churchill Downs in May and the Manhattan (G1) at Belmont Park a month later. Most recently , the 4-year-old Kingman colt was the second in the Aug. 12 Mr. D (G1) at Arlington Park.

United trainer Richard Mandella said on HRRN Radio and TVG Thursday that United has a swollen front right ligament. He has two Grade 2 wins this year, which includes the John Henry Turf Championship at Santa Anita last out and in the Eddie Read at Del Mar in July.

The 6-year-old son of Giant's Causeway, who had competed in the last two Turf's, was 20-1 on the morning line.

The pair of scratches opens the door to run to the first two also-eligibles for the Turf, Bolshoi Ballet and Channel Maker. Remaining on the also-eligible list are Mogul and Friar's Road.