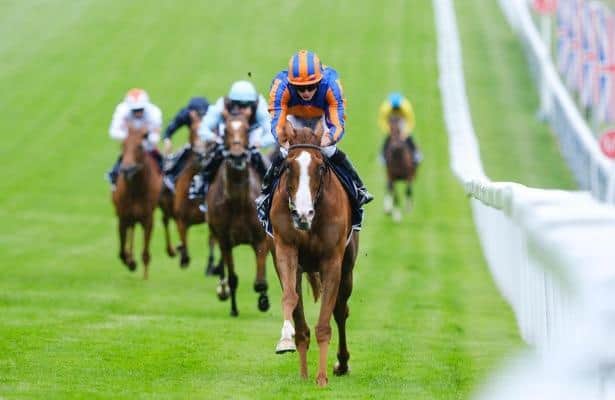 The Breeders' Cup Turf field is always in flux this time of year as leading European contenders decide if they will ship overseas for the $6 million race or stay home. Tremendous value can be found on runners that are considered definite for the race, as wagering dollars will pour in on Europeans who are only possible to run.

As we take a look at the early odds for the Breeders' Cup Turf, that is the case once more. United, second in the Breeders' Cup Turf last year, and veteran Arklow, who recently defeated leading contender Zulu Alpha when adding blinkers, are listed as high as 40-1. Meanwhile, top Europeans Love, Enable, Ghaiyyath and Magical sit at the top of the market.

2018 Turf winner and international superstar Enable is as high as 5-1, which would seem fantastic value if she runs, but the race does not seem to be in her plans. Taking 5-1 on a horse unlikely to even run would seem tough to swallow.

Aidan O'Brien's Love is not the best Europe has to offer, considering she is a 3-year-old filly who would be taking on older males, but she is in sparkling form and seems the most likely of the Euros to run. This has led to her being listed as the early 4-1 favorite.

Third choice Ghaiyyath would vie for favoritism if he shipped for trainer Charles Appleby, but he is reportedly also considering the Breeders' Cup Classic.

Magical, the defending champion of this race, is a bit interesting at 13/2 as she is more likely to start than Enable. However, she is far from definite.

Below we take our first look at the best available odds of the top prospects for this year's Breeders' Cup Turf.