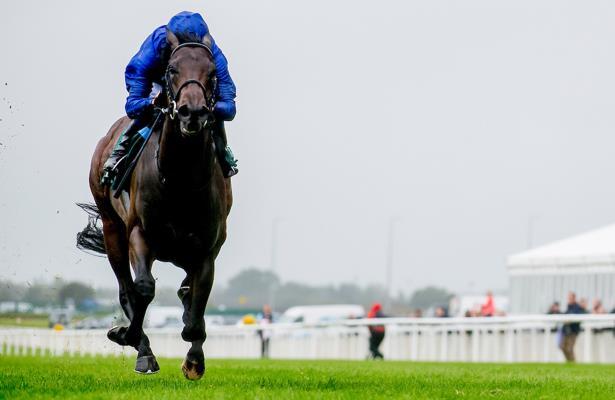 Three of the four top choices for the 2020 Breeders' Cup Mile are European stars, led by Pinatubo (IRE), who was six-for-six last year but has won only once in 2020.

The Godolphin homebred, a 3-year-old son of Shamardal, is the 7-2 early favorite in international futures odds.

Pinatubo has scores to settle with the other two. He was a runner-up to Persian King in their last out, the Group 1 Prix du Moulin de Longchamp on Sept. 6, and came in second to Palace Pier in the St. James Palace Stakes (G1) at Ascot on June 20.

The fourth choice in the early odds, at 8-1, is another Ireland-bred, Newspaperofrecord, but the Chad Brown trainee has raced only in the U.S. He won the Grade 3 Intercontinental Stakes at Belmont on June 6 and the Just a Game Stakes (G1) three weeks later before coming in second in the Distaff Turf Mile (G2) at Churchill Downs on Sept. 5.

Below are the best prices in early odds that have been released on the Breeders' Cup Mile by international bookmakers.