Breeders' Cup Juvenile Turf 2020: Who are the fastest contenders? 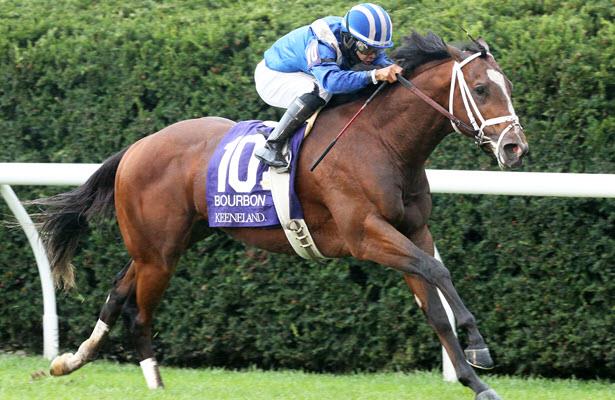 As usual, the Europeans figure to have a strong hand in the Breeders' Cup Juvenile Turf. Aidan O'Brien's Battleground could vie for favoritism, while stablemate St Mark's Basilica is one of a handful of other possible runners.

As the Europeans sort out who will ultimately contest the race, we take a look at the fastest North American based runners in the field to see how they stack up by comparing their Beyer, Brisnet and Timeform Figures below.

Who is the fastest: Mutasaabeq has the highest Beyer and Timeform figures in the field, but they came during his dirt debut. He received a surprisingly low number (75) for his Bourbon Stakes (G2) win on the turf though it was visually pleasing. Summer Stakes (G1) winner Gretzky the Great has consistently put forth the highest juvenile grass figures throughout the year with Outadore right on his tail.

One thing that stands out: There is tremendous balance in this field among the North American-based runners, which leads one to believe that this is a race ripe for the taking by the Europeans. The highest turf Beyer in the field is a modest 83 and no North American runner has yet to crack 100 on the Timeform scale. For comparison sake, Battleground has achieved a Timeform number of 110, while St Mark's Basilica has reached as high as 113.

• Chad Brown's Public Sector was confirmed as one of his 13 Breeders' Cup runners.
• Mark Casse confirmed to HRN the Gretzky the Great and Dolder Grand would be among his eight Breeders' Cup horses.
• Albarta has been listed as a probable for the Juvenile Turf by Brad Cox.
• Aidan O'Brien has stated that Battleground is likely to ship for the Juvenile Turf and said St.Mark's Basilica is possible.

Who could be going: Into the Sunrise, St. Mark's Basilica, Cadillac, New Mandate, Laws of Indices

*Rating is based on HRN fan votes, which rank the Top Active Horses in training.
Gretzky The Great Mutasaabeq Battleground