BC Juvenile Fillies Turf: Who are the fastest contenders? 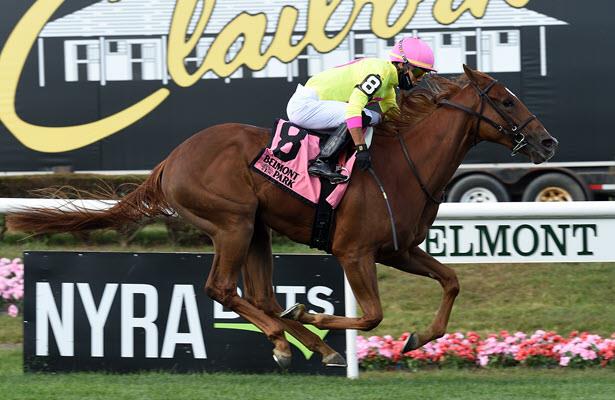 With that in mind, let us compare this year's top North American runners for the Juvenile Fillies Turf based on Beyer, Brisnet and Timeform figures.

*Campanelle's figures represent her debut win at Gulfstream and not her wins in Ascot or France.

Who is the fastest: Different figures favored different preps. The Brad Cox duo of Aunt Pearl and Emro both received 83 Beyer Speed Figures. Brisnet thought less of Aunt Pearl's win, but gave Emro a strong 92. This matched the number Graham Motion's Alda was given for her win in the Catch a Glimpse. Timeform loved Plum Ali's Miss Grillo victory, giving her a 108.

One thing that stands out: While there are no Beyer or Brisnet figures for Campanelle's Group 1 win in France, her numbers in all three categories are still competitive when only taking into account her debut win at Gulfstream Park. She obviously continued to improve to win her next two races, thus it is fair to assume she would likely have the best overall figures in the field.

• Simon Callaghan confirmed to HRN that Madone would be among his three Breeders' Cup starters.

• Brad Cox will send out Aunt Pearl and Emro as two of his many potential Breeders' Cup runners.

• Mark Casse confirmed to HRN that Spanish Loveaffair will be among his eight Breeders' Cup prospects.

• Chad Brown stated that Fluffy Socks and Editor at Large would be part of her 13 horse crew at the Breeders' Cup.

• Graham Motion confirmed to HRN that Alda and Invincible Gal would be two out of his three Breeders' Cup starters.