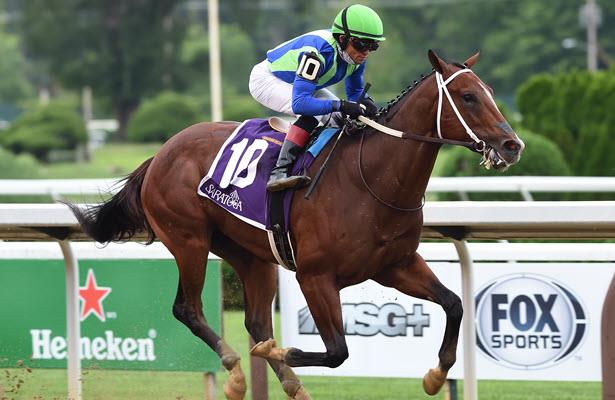 After beating a strong field in the Hopeful Stakes (G1), many figured Jackie’s Warrior as the early favorite for the Breeders' Cup Juvenile. Those claims became stronger this week when his most accomplished threat, Grade 1 winner Dr Schivel, was removed from consideration for the race.

While Jackie's Warrior is currently listed as high as 7-2, his next closest rival, Bob Baffert's maiden breaker Freedom Fighter, is all the way up at 10-1. This large discrepancy is a sign that Jackie's Warrior could go much lower than 7-2 on race day.

Jackie's Warrior's stablemate, impressive maiden winner Calibrate, checks in as the third choice. Iroquois winner Sittin on Go seems like a sound investment at 12-1 as he is one of only a few stakes winners that could contest this race.

Spielberg, a touted Bob Baffert maiden who has lost to Dr Schivel in both of his starts – each around one turn – could look like a gift at 20-1 if he was to win Saturday's American Pharoah (G1) at Santa Anita in impressive fashion.

Below is a list of the best available current odds for this year's Breeders' Cup Juvenile contenders.