Breeders' Cup Distaff 2020: Who are the fastest contenders? 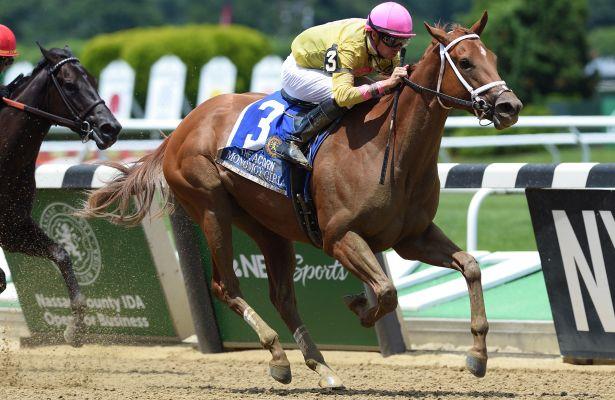 Assuming Swiss Skydiver opts for the Breeders' Cup Distaff, the marquee event for fillies and mares will be a match race between the Preakness winner and six-time Grade 1 winner Monomoy Girl. Below we take a look at which of these two stars is faster on paper and examine how far behind the rest of the field is.

Who is the fastest: Monomoy Girl has been a model of consistency throughout her career, but Swiss Skydiver's Preakness win gained a highest Beyer Speed Figure and Timeform Figure than Monomoy Girl's career best. Vexatious earned the lowest last out Beyer Speed figure for her poor effort last time, but her win in the Personal Ensign (G1) tied for the highest Beyer in the field, making her an interesting price play for the exotics on her best day.

One thing that stands out: Zenyatta Stakes (G2) winner Harvest Moon will likely be the third choice in the Distaff, but based off of speed figures, she is too slow to make any sort of dent in this race. Her career best Brisnet and Timeform ratings are the lowest in the field, and her Beyer Speed Figures are toward the back of the pack.

Related: Prospective odds and fields for all 14 Breeders' Cup races

Odds and accomplishments for the 2020 Distaff runners:

• Brad Cox confirmed that both Shedaresthedevil and Bonny South will not challenge their star stablemate Monomoy Girl in the Distaff.

• John Sadler confirmed to HRN that Ollie's Candy is definite for the Distaff.

• Michael McCarthy told HRN that Ce Ce and Speech are pointing toward the Breeders' Cup, but he is uncertain whether one or both would run in the Filly & Mare Sprint instead of the Distaff.

• Jack Sisterson confirmed to HRN that Vexatious would run in the Distaff.

• Bill Mott's Horologist will be supplemented to the Distaff.

• Bob Baffert's Fighting Mad will skip the race, according to Brad Free of the Daily Racing Form, who reported the news on the At the Races with Steve Byk radio program.

Who could be going: Swiss Skydiver, Ce Ce, Speech,

Probable Distaff field with their connections: