Breeders' Cup Dirt Mile 2021: Meet the speediest of the speed 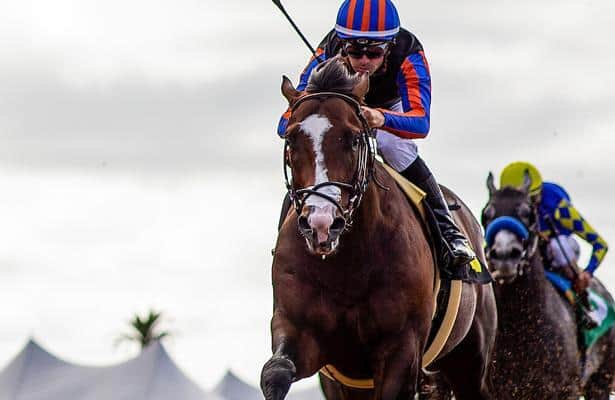 Despite winning four of his first five races, Life Is Good has had his share of disappointment in his young career. He was the early favorite for the 2021 Kentucky Derby but had to watch Medina Spirit, a horse had he defeated by 8 lengths, take the Run for the Roses while he was on the sidelines.

He returned for Todd Pletcher off a layoff after being removed from Bob Baffert's barn and lost a heartbreaker to Jackie's Warrior. Though he will not have an opportunity to perform in the Breeders' Cup Classic as some hoped he would, he will have a chance to finally fulfill his promise on the big stage and gain his first Grade 1 win in the Breeders' Cup Dirt Mile.

He will be a heavy favorite to get the job done, but his first test against older foes will not be a walk in the park. Met Mile (G1) winner Silver State, course lover Ginobili and Mind Control, who defeated Silver State in the Parx Mile, are among his biggest threats.

Below we take a closer look at Beyer, Brisnet and TimeformUS Figures to see how the rest of the field stacks up with the favorite.

Who is the fastest? As expected, the speedy Life Is Good has the best figures in the field, but not by much. Silver State, Mind Control and Ginobili all are within 3 points of Life Is Good's career best Beyer, and all three runners ran faster than Life Is Good did last time out. Mind Control actually has a higher career-best Brisnet number than Life Is Good. Silver State, Ginobili, Restrainedvengence and Eight Rings all are within 3 points of the favorite's best mark. TimeformUS does give separation to Life Is Good; his 135 best number towers over the field. It is important to note, however, that he only has two career Timeform figures above 120, a mark that almost everyone in this field is capable of.

Who is the most consistent? Silver State has four consecutive races with a Beyer and Brisnet figure above 100 and six 115+ TimeformUS figures in a row. He does not know how to run a bad race, especially at one mile.

Vulnerable contenders: Eight Rings is sure to take his fair share of money as a Baffert trainee, but he is simply too slow to compete with these. He does not pass the figure test nor the eye test against the elite and does his best running near the front end. Life Is Good will put him away without much trouble.

Value play: Ginobili is a legitimate contender in this spot. He thrives at Del Mar and has looked like a brand new horse since adding blinkers two starts back. One mile seems to be the perfect distance for this rapidly improving gelding.