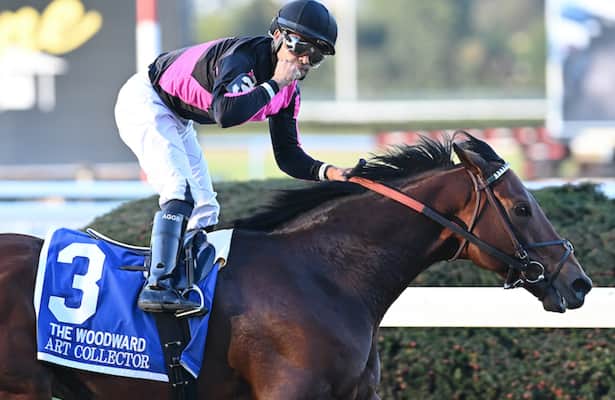 The 2021 Breeders' Cup Classic is one of the most intriguing editions in recent years as each contender has his share of possible flaws worth exploiting for long shot players.

Knicks Go and Art Collector have yet to prove they can handle the distance. Hot Rod Charlie and Essential Quality have yet to tackle elders. Medina Spirit must show he is just as effective sitting off the pace as on the lead.

With questions revolving around many of the top names, there could be little separating some live long shots from the popular choices.

One of the best methods to find diamonds the rough this year is to examine the speed figures. Below we take a closer look at Beyer Speed Figures, Brisnet Speed Ratings and TimeformUS Ratings.

Who is the fastest? Knicks Go has the fastest career Beyer, Brisnet and TimeformUS figures in the field. The likely Classic favorite is fast both early and late and has already shown he can perform on the Breeders' Cup stage after taking last year's Dirt Mile. Many have long felt this talented horse is best at one turn, but he has been better than ever while winning three in a row at 1 1/8 miles.

Based on talent he is the horse to beat, but can he take heat from Medina Spirit and Art Collector and find enough late going 1 1/4 miles?

Though they are younger, Hot Rod Charlie and Essential Quality have shown not only consistency, but strong numbers at the distance, making them the most likely runners in the field to at least finish in the exotics. Betting multiple trifecta boxes using these two runners with a differing third horse each time may be a wise strategy.

Vulnerable contenders: Art Collector and Medina Spirt are coming off of big speed figures, but their previous best numbers did little to distinguish themselves from the remainder of the field. Even their best is a step slower than the elite in this division and it is hard to imagine them running a career-high figure while dueling with Knicks Go.

Maxfield had long been slightly slower than the elite of the division and arguably his worst career race came at this distance in California. Now he has been reported to be skipping the Breeders' Cup in favor of the Clark Stakes (G1) next month at Churchill Downs.

Value play: Tripoli's 104 Beyer Speed Figure and 108 Brisnet Rating that he gained on this track and at this distance in the Pacific Classic put him right in the mix. After going two-for-two this summer at Del Mar, maybe he is a horse for the course?

He definitely is at his best at the classic distance and he had an excuse for his last start when making a wide middle move to challenge an uncontested leader. He will have plenty of pace to run at in here.