Breeders' Cup Classic 2020: Who are the fastest contenders? 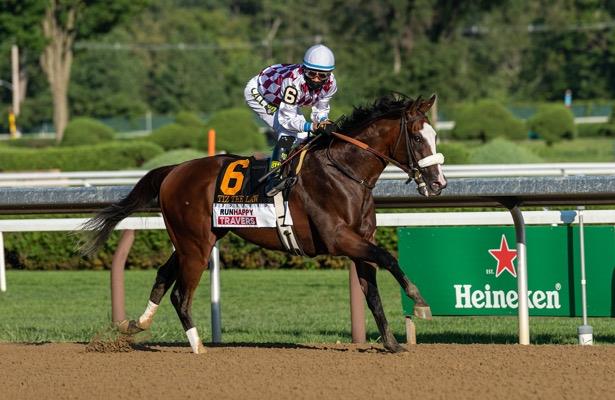 The 2020 Breeders' Cup Classic features the deepest field in recent memory. Nine Grade 1 winners are set to line up, and there is very little separating the top six choices in terms of speed figures. To illustrate how competitive this race is, take a closer look at the Beyer, Brisnet and Timeform Figures for this year's Classic probables below.

One thing that stands out: Tiz the Law's Travers Stakes figures were massive. He received a 115 Brisnet Speed Figure, which is a full three points higher than Tom's d'Etat's best of 112. His 109 Beyer Speed Figure is tied for the second highest career number in the field, and his Timeform number is near the top. He was on quite the upward trajectory prior to his Derby defeat. Maybe he just does not like Churchill Downs?

Odds and accomplishments for the 2020 Classic runners:

• Trainer Tom Drury confirmed to HRN on Monday that Art Collector would bypass the Classic in favor of the Dirt Mile.

• Tacitus was listed by trainer Bill Mott among his six Breeders' Cup probables.

Who could be going: Swiss Skydiver