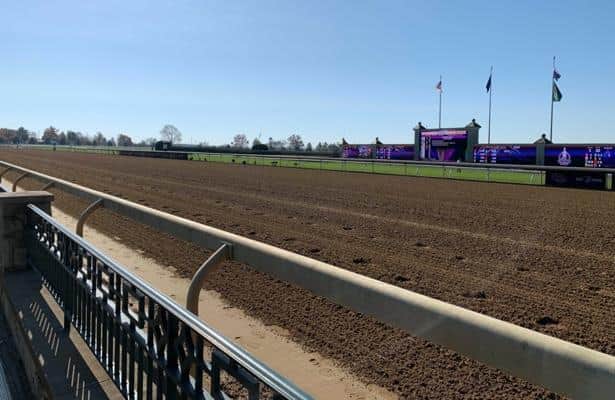 The 2020 Breeders' Cup featured 169 horses running in 14 different races on two days at Keeneland. There are at least 89 who are still active.

Of the 10 horses that ran in the 2020 Classic, only three remain active. The retirees from the race include top three finishers Authentic, Improbable and Global Campaign.

Though it also featured 10 horses, the 2020 Turf field featured more horses who continued running throughout 2021, including race winner Tarnawa, who most recently finished second in the Prix de l'Arc (G1) on Oct. 3 at ParisLongchamp.

Of the 10 runners from the 2020 Distaff, seven remain, including Swiss Skydiver, who is out at least for the rest of the year and will be entered in the November sale, and Point of Honor, who has not worked since June.

Much of the 2020 Sprint field remains active in 2021, although Whitmore, who won the race, recently retired after sustaining a minor injury in the Forego on Aug. 28.

The Filly & Mare Turf featured six horses who are still active, including Civil Union, who has not raced since July. My Sister Nat, who finished ninth in the race, recently won the Waya (G3) on Oct. 3.

The 2020 Dirt Mile featured Knicks Go, who is targeting this year's Classic for trainer Brad Cox.

The 2020 Turf Sprint included race winner Glass Slippers, who most recently finished third in the Flying Five (G1), as well as Got Stormy, who has earned a fees-paid berth in the 2021 Breeders' Cup Mile with a win in the 2021 Fourstardave (G1).

Many of the familiar faces from the 2020 Filly & Mare Sprint are likely to be back for 2021, including Gamine and Bell's the One.

Many of the faces in the 2020 Juvenile came back for huge 2021 seasons, including Essential Quality and Hot Rod Charlie, who will be running in the Classic, as well as Jackie's Warrior and King Fury.

Most of the runners from the 2020 Juvenile Fillies Turf remain active, although Aunt Pearl, who won the race, retired this summer.

The 2020 Juvenile Fillies featured the smallest field of any Breeders' Cup race last year. The race also has a high percentage of runners who have retired or are inactive for the rest of 2021.

Of the 14 horses that raced in the Juvenile Turf, none have officially retired. The race featured The Lir Jet, who most recently won the Franklin-Simpson (G2) at Kentucky Downs.