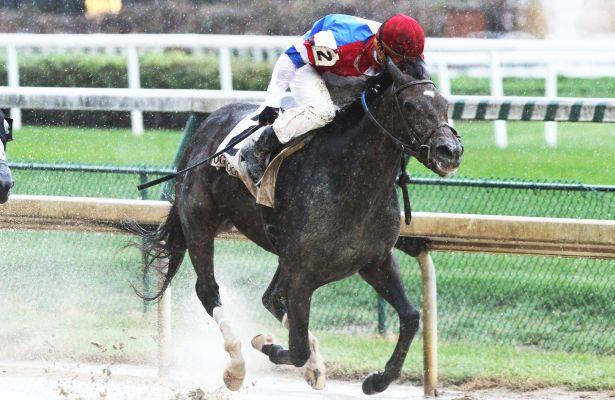 Not many people get to run in a stakes named for a horse they owned, trained and bred. But Buff Bradley is back for the second year with Divine Queen in the $100,000 Groupie Doll, named for the two-time female sprint champion he trained and co-owned and co-bred. Divine Queen finished second in last year’s Groupie Doll behind the now-retired multiple stakes winner Go Google Yourself.

“She got turned out in the middle of winter, then the pandemic came along,” Bradley said. “She’s doing super, though. She came flying to finish fourth in her first race back at Churchill Downs, and now we’re going back to the Groupie Doll. We’re hoping she’s ready to go. Of course there will be a lot of star power in there again, but Divine Queen ran a big race last year. She’s probably better at seven-eighths of a mile, but she can carry the mile. She’s a double stakes-winner at Churchill Downs, but it would be great to win a race that was named after one of my homebreds with a homebred.

“We do like to participate in the Groupie Doll. It would be even better if we could get a homebred to win it.”

Divine Queen is from the same female family as Bradley’s colorful graded-stakes winner and now stallion The Player, a fan favorite on social media for his antics and the way he sits on his haunches like a dog.

“I don’t know how you’d say it, if The Player were her nephew,” he said. “But she’s very closely related.”

Groupie Doll twice ran in the stakes when it was called the Gardenia, winning as a 3-year-old in 2011 and then finishing a close third off a long layoff in 2013 — a performance that helped launch her to winning her second straight Breeders’ Cup Filly & Mare Sprint and Eclipse Award championship as outstanding female sprinter.