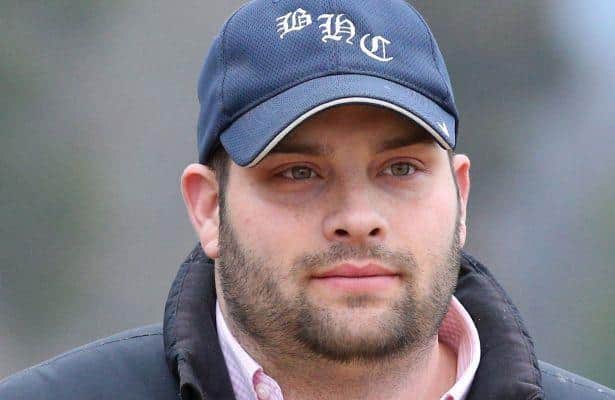 When you have a barn loaded with bluebloods for legendary owners, sometimes paths are going to cross. Such is the case for trainer Brad Cox in Saturday’s $150,000 Silverbulletday at Fair Grounds Race Course & Slots. The four-time defending Fair Grounds champion has entered Juddmonte Farms’ homebred Sun Path to compete against Godolphin’s homebred Divine Comedy and seven others in the 1-mile 70-yard stakes for 3-year-old fillies.

The Silverbulletday offers 17 qualifying points (10-4-2-1) for the Longines Kentucky Oaks (G1), and the race should give a glimpse into the best of the locals for the Mar. 20 Fair Grounds Oaks (G2).

Juddmonte Farms’ homebred Sun Path (post 9 at 2-1 with Florent Geroux) is the much more fancied of the Cox runners. She is 2-for-3 on the track and is long on pedigree as well, as the daughter of Munnings is a full-sister to last year’s Fair Grounds Oaks winner Bonny South for these same connections. Sun Path was second on debut at Keeneland in October, broke her maiden at Churchill Downs in November, then won an allowance here December 18 by an eye-popping 12 ¾ lengths.

With entries taken a week out and a lightly raced filly who showed she’s still on her game when she threw down a 4-furlong bullet work in :47 4/5 over the track January 9, Cox decided not to keep Sun Path in the barn.

“She worked well Saturday and we have to enter seven days out,” Cox said of Sun Path. “Her last race wasn’t super taxing on her and she’s had two nice works since, so we decided to run her back. Hopefully she can continue her progression to what we hope is the Kentucky Oaks. She drew outside but I think if we get a trip, she’ll be tough.”

Divine Comedy (post 6 at 8-1 with Shaun Bridgmohan) is much more of an unknown commodity, though her two-turn debut resulted in an easy 5 ¼-length MSW win here on Dec. 18. The daughter of Into Mischief was sixth sprinting on debut at Churchill in September but she clearly relished the added distance and turn she got last time, which was no surprise to her trainer.

“The ground helped her more than anything,” Cox said. “She just kind of found herself on the lead doing all the work and she stayed on. We always thought she’d be better with distance and she was. She’ll need to step up in her third career start, but she’s had two good works since her last race and I think she’s ready to move forward.”

As much as undefeated filly who has won her two races by a combined 6 ¼ lengths could be one, Live Oak Plantation’s Souper Sensational (post 1 at 5-2 with Declan Carroll) is the wildcard in the Silverbulletday. The daughter of Curlin cost $725,000 as a yearling and has looked the part in a pair of wins over Woodbine’s Tapeta surface for trainer Mark Casse, which includes the Oct. 17 Glorious Song by 4 lengths. Souper Sensational shows six works over the Fair Grounds main track and Casse’s assistant David Carroll, who has been readying her for her local debut, admits the Silverbulletday will go a long way in determining what path to take in the future.

“Based on how well she performs will dictate her campaign after that,” Carroll said. “We feel she can be special, it’s just a matter of at what distance and whether dirt will be part of that. The most important thing you hope for is talent and she’s already shown that. She deserves to test the waters against really nice, 3-year-old fillies on the dirt. If she handles this well, it opens up more avenues for her.”

Joel Politi’s Littlestitious (post 8 at 6-1 with James Graham) tried two turns in the Dec. 1 My Trusty Cat, traveling 7 furlongs at Delta Downs and she drew off by 10 ¼ lengths for trainer Tom Amoss. Two starts back in October at Keeneland, the daughter of Ghostzapper broke her maiden in her fourth career start, and she clearly moved up last time, though she meets much tougher in her local debut, which will be her first start past 7 furlongs.

*Rating is based on HRN fan votes, which rank the Top Active Horses in training.
Sun Path