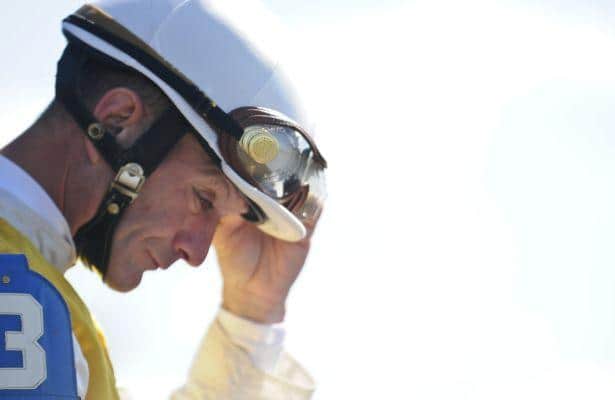 SARATOGA SPRINGS, N.Y. (AP) — Jockey Calvin Borel, who captured the Kentucky Derby three times in four years, led the class of inductees into the National Museum of Racing's Hall of Fame during a ceremony Friday.

Along with Borel, five thoroughbreds and two racing luminaries were inducted Friday in a ceremony at the hall across Union Avenue from storied Saratoga Race Course, where the nation's best thoroughbreds are currently competing.

"The horse and God have taken Calvin Borel from the swamps of Louisiana to the Hall of Fame," said trainer Carl Nafzger, for whom Borel rode Street Sense to victory in the 2007 Kentucky Derby.

Borel delegated most of his acceptance speech to his wife, Lisa.

"I've worked hard," Borel said in a brief statement. "And it's paid off — big time."

The 46-year-old Borel has ridden the winners of more than 5,000 races and has purses exceeding $121 million in a career that began in 1983. Besides the 2007 win at Churchill Downs, he won the Derby with Mine That Bird in 2009 and with Super Saver the next year.

Only three other riders, Eddie Arcaro and Bill Hartack with five and Willie Shoemaker with four, have more Derby wins. Borel joins all of them in the Hall.