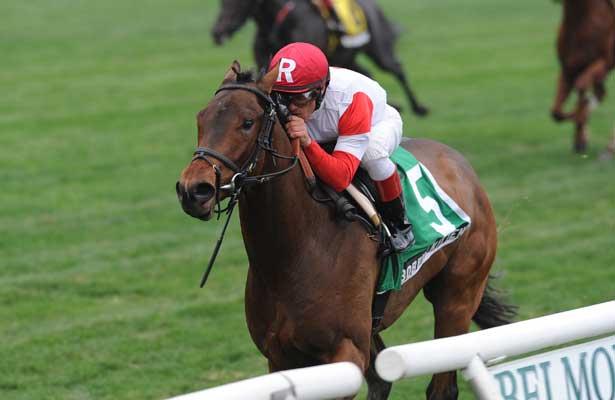 In his first start in Ireland for bew trainer Dermot Weld, Bobby's Kitten, the hero of the 2014 Breeders' Cup Turf Sprint, won in commanding style.

The Ken and Sarah Ramsey runner romped home an 8 1/2 length winner in the six-furlong affair over heavy turf in the listed Cork Stakes today at Cork. Ridden by Pat Smullen, Bobby's Kitten, who was fourth in the 2015 Breeders' Cup Turf Sprint in his most recent race, took charge in the stretch, and increased his margin out to the wire.

Transferred to Weld, from the barn of Chad Brown, today's easy victory was the five-year-old homebred's first career race overseas.