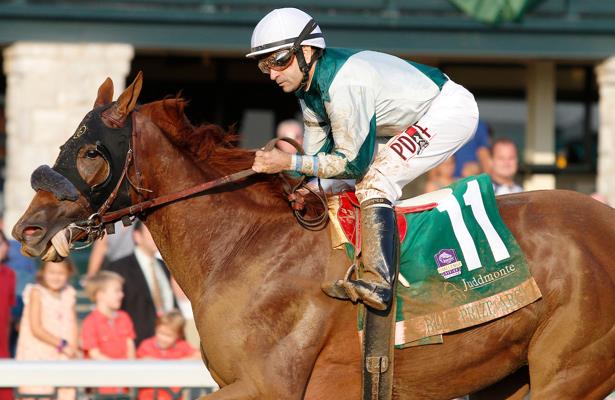 Merriebelle Stable’s Blue Prize, who scored her biggest U.S. victory at Keeneland last fall in the Juddmonte Spinster (G1), will face four rivals Sunday as she tries to become the fourth horse to win the $500,000 race for fillies and mares in consecutive years.

Run at 1 1/8 miles on the main track, the Juddmonte Spinster is a Breeders’ Cup Challenge race with the winner getting a fees-paid berth into the $2 million Breeders’ Cup Distaff to be run Nov. 2 at Santa Anita.

One of three stakes Sunday, the Juddmonte Spinster will go as the afternoon’s ninth race with a 5:45 p.m. ET post time. First post Sunday is 1:05 p.m.

Trained by Ignacio Correas IV, Blue Prize has won one of four races in 2019 with the victory coming in her most recent start in the Summer Colony at Saratoga. Joe Bravo, who was aboard for last year’s Juddmonte Spinster victory, has the call Sunday and will break from post position two.

The most recent horse to win the Juddmonte Spinster in back-to-back years was Take Charge Lady in 2002-2003.

Among those lining up to face Blue Prize are Grade 1 winners Elate and Dunbar Road.

Jose Ortiz has the mount on Elate and will break from post position five.

Peter Brant’s Dunbar Road, the lone 3-year-old in the field, has won four of five career starts and is coming off a 2 ¾-length victory in the Alabama (G1). Trained by Chad Brown, Dunbar Road will be ridden by Javier Castellano and break from post position one.

The field for the Juddmonte Spinster, from the rail out with riders and weights, is: