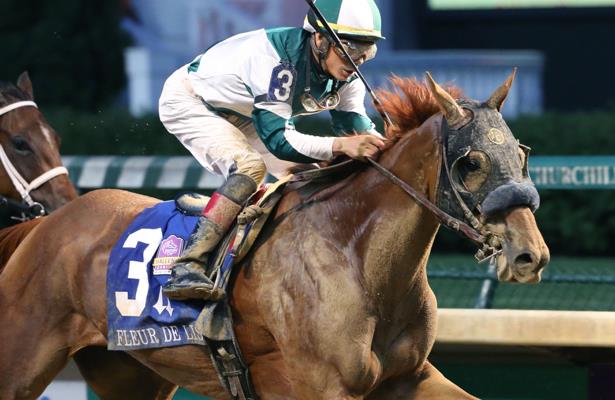 Merriebelle Stable’s Fleur de Lis Handicap (G2) winner Blue Prize will return from a three-month layoff Saturday -- and eye something much bigger -- as the 2-1 morning line favorite in the Grade 3, $100,000 Locust Grove Stakes at Churchill Downs.

“She’s been doing really well and working nearly every week since the Fleur de Lis,” trainer Ignacio Correas IV said. “We didn’t really know where to run her after the Fleur de Lis. We had thought about running in Saratoga but the weather was just so hot. She would’ve had to van 14 hours to and from New York and that was just too much in my opinion.

By winning the Fleur de Lis, Blue Prize was awarded an automatic berth to the Breeders’ Cup Distaff on Nov. 3, also at Churchill Downs, but was not originally nominated to the race. The ownership group can nominate the 5-year-old mare before the pre-entry deadline on Oct. 22.

“This filly loves it here at Churchill Downs,” Correas said. “She’s just improved since we got her from Argentina and I think she’s getting better.”