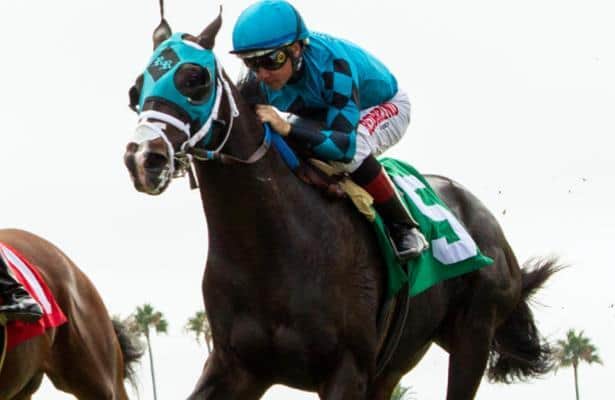 Peter Miller won’t be represented in the world’s richest race, but he has shipped overseas the largest contingent of American horses spread across Saturday’s $20 million Saudi Cup undercard.

Miller has slated Captain Scotty for the $1.5 million Saudia Sprint, Ghoul for the $1 million 1351 Cup and, in the most intriguing of his entries, Billy Batts for the $800,000 Saudi Derby.

A City Zip colt, Billy Batts put a nose in front in deep stretch of the Nov. 1 Breeders’ Cup Juvenile, nearly upsetting at 55-1 before Structor swept by for a 3/4-length win.

“We’ve always been high on him, and he’s always fired,” Miller said. “I felt like he had a big chance in there. Evidently I was the only one. I was not surprised he ran that well.”

The Rockingham Ranch charge returned from a layoff to win Santa Anita’s Feb. 7 Baffle Stakes with ease at 5 1/2 furlongs. It marked Billy Batts’ eighth career start, all of them on the lawn before a surface switch to dirt in Saturday’s Saudi Derby.

“He’s always trained very well on the dirt. The opportunity just never presented itself to try him,” Miller said. “This race made a lot of sense — big purse, flat mile — so we’re going to give it a go.”

Ultimately, Miller expects Billy Batts to be his best at a mile, but career-altering opportunities await in the meantime. Billy Batts could remain in the Middle East with a promising performance for the March 28 UAE Derby (G2), which offers Kentucky Derby qualifying points on a 100-40-20-10 scale.

Miller’s other Saudi Cup day runners will stick to what they know: sprinting.

Captain Scotty, a 6-year-old Quality Road gelding, had tried stakes company just once in 11 starts entering the new year, finishing fourth in the 2018 Triple Bend (G1). After a fifth in the Jan. 1 Joe Hernandez, he too moved to dirt and eked out a neck win in the Palos Verdes Stakes (G2) on Jan. 25.

“He’s always had a lot of talent — would run fast figures — but he really put it together in that last race,” Miller said. “We feel like he’s coming around at the right time.”

Outside of the Saudi Cup itself, the Saudia Sprint is perhaps the most competitive dirt race on the card, also including American runners Imperial Hint and Engage, as well as the U.S. export New York Central, purchased by Saudi interests at auction.

The 1351 Cup, as turf sprints tend to be, appears wide open.

Brazilian-bred Ghoul was purchased privately by Wachtel Stable and Gary Barber having won multiple stakes back home. After campaigning most of 2019 with Mark Casse, he moved to Miller’s barn in the fall, winning a Dec. 29 allowance at Santa Anita before moved up in class for the Jan. 26 Clocker’s Corner.

Placed fifth, Ghoul, a 5-year-old gelding, was disqualified from second.

“He’s run two bang-up races,” Miller said. “We feel like he should have won last time — he had a bit of a funny trip, and it was a pretty bad DQ. He brushed a horse that was fading back.”

Miller said Joel Rosario will ride back Ghoul, who counts among his competition the fellow American sprinter Legends of War and Suedois, the 2017 Shadwell Turf Mile (G1) hero who finally returned to his winning ways recently in Dubai.