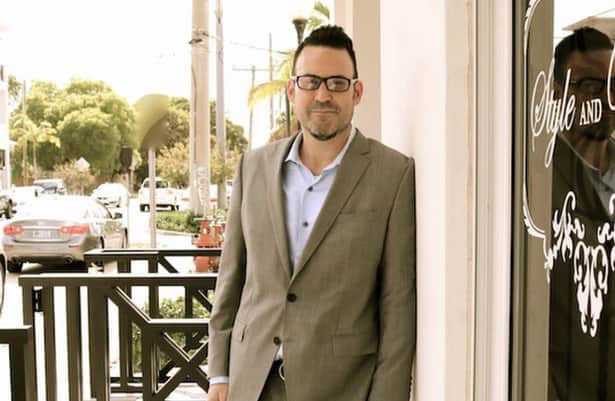 Betting the late Pick 5 at Churchill Downs on Sunday, Dylan Rossi cast a wide net to capitalize on his two strong opinions: Nakatomi was a sure thing in the opening leg, and the two maiden races were ripe for long shots. Rossi turned $720 into $36,122, and he plans to donate a portion to Thoroughbred aftercare.

Rossi, of Degen Nation fame, has started a new project called Winning Bred – he tells all about it and the details of his Big Score. Follow Dylan on Twitter @1GR8FULGUY and @WinningBred.

Tell me about Sunday. How was the day going before your big score?

I was home. Sunday I was relaxing on my couch with my dogs. I had a really bad day with a horse I own, Heals the Soul, who ran the day before at Gulfstream, and he went off as the favorite but he didn’t warrant that on the surface. He finished fourth, having some trouble in the stretch. He also came out of the race with a temperature and he had some severe mucus. That being said, I was frustrated, and I had a lot of rough beats on Saturday, a lot of seconds, as those days go. So I got beat up on Saturday and I didn't make many wagers on Sunday, really just focused on Churchill. I had my TVs on, watching a little baseball, had the ponies on.

And you decided to take a big swing?

I love maiden races, I feel like they are my specialty. I hit a nice Pick 3, and was up about 1,000 bucks heading into the early Pick 5, where I was singled to the Ward horse (Nakatomi) who I felt very confident in, so I was up on the day. When I'm up and getting some momentum, I'll take bigger shots. I don't normally invest that much in a Pick 5 ticket. My average is around 100 bucks. If there are larger fields and I think there will be value, I’ll invest more or go in on a big ticket with some buddies.

Two of the races where I hit the All button were maiden races. One of my main opinions was these fields were wide open, and there would be a price coming in. And the fourth leg with T. Gaff. on Ari Oakley, that was the big one. On the lead and he went 21 and change; somehow he dug in though winners had been coming from off the pace earlier in the card. With All in the last leg, that was the leg that felt crazy. Normally my demeanor is very relaxed, but I was pretty excited after T. Gaff. got that horse home in the fourth leg. And yeah, I actually got off of my couch and my dogs were going a little crazy as I celebrated by myself.

That's not the normal ticket for me. But I can tell you that some of my biggest tickets have come using the All button in races where I think any horse could win the race.

How'd the night go after the score? Do you have the chance to celebrate?

I ended up getting some dinner with some friends of mine who are not into horse racing, but good friends of mine. I got an Italian meal with them, and then I ended up seeing the movie "Elvis." I got a lot of cool DMs and texts and tweets and calls. It's not about the hit, there's no better feeling than having strangers rooting for you.

Did your non-horse racing friends want to know the details?

Yeah, they wanted to look at my ticket, and it was the topic of conversation for the first 15 minutes or so when I got in there as we were talking about how our days went. So I gave them the story while we were at the bar and the bartender happened to be into horse racing – you never know in South Florida. So he was asking good questions about how I handicap and all that.

Was this your biggest hit?

I’ve made similar hits like this but not at home and alone. The last time I hit something around 30 grand I was with a couple friends and we actually filmed us hitting a 30k Pick 5. This happened three or four months ago. If I have friends with me I always give them a percentage, and so that’s how that worked out.

But my biggest was in Vegas. I singled a horse named Heart to Heart at 4-1, a turf horse with speed at Keeneland. I was at the Aria hotel and I was with my best friend. It was great timing because it was right after the IRS passed the law that changed the withholding threshold. We hit for around $58,000. And at the casino, you know, so the payout was all in cash.

That sounds like a good night in Vegas. What about the NHC? You’ve earned a seat before.

I made the NHC for the first time last year. What an experience. I got crushed, watching a ton of my horses finish third, but it was incredible. I focused on doing well but also made a nice trip out of it. In Vegas and among the best handicappers in the world, it’s incredible.

Who brought you into the game?

I grew up in New Jersey, literally five minutes from Monmouth. My grandfather and my dad would take me to the track since I was 7 or 8 years old. So that was the beginning of the Degenerate Dylan. My dad still plays to this day. I’ve been down in Florida for a long time, and I go to Gulfstream as much as I can and I go to Palm Beach Kennel Club.

You are working on a new project after Degen Nation. Winning Bred, right? Tell me about it.

Winning Bred is trying to give people more transparency and community. We have a website up and are looking to run some contests. Basically bring people together and share our ideas and thoughts. Helping each other with ticket structure and handicapping. I’m working with Brady Klotz, who was with EquineEdge, and Jeff Soto, who worked for NBC TV on the production side for decades. With his expertise and Brady and I working as handicappers, and given my relationships with trainers and owners, it’s all a nice fit. Long term it's really about educating people about how to handicap, whether they’re a novice or a day-to-day handicapper looking for help.

We are trying to clean up our acts, so to speak. We had Degen Nation, which sort of happened organically with Swift and Barshoelife. I quickly learned our plan of attack wasn’t something I was fully comfortable with and didn’t want to keep committing to. I have no bad feelings with those guys, but with Winning Bred I want to take more of a professional approach to horse racing, offering more insight and transparency. I own some horses so I have relationships with people on the other side, owners and trainers.

We’re building an app that keeps track of your picks and selections with a built-in calculator. I come from the interactive world of marketing and digital media, and there just needs to be something that can keep us better organized. There’s a screenshot element to it for sharing tickets and integration with social media.

These big tickets are great, to hit like this one is awesome, but I love seeing other people hit too. I get so much more gratification watching other people make nice scores. I’ve always had the philosophy that it’s not just about me, it’s about this community. It’s a brutal game, it’s psychological warfare, and there’s not much transparency between owners or trainers and the everyday gamblers – you don’t know what race is a set-up race for a horse, just a lot of unknowns. Anything we can do as a team to help one another make more scores, that's what it's about and I think it comes back tenfold.

Any plans with the money you won from the Pick 5?

Personally, once a month I’ll usually donate about $5,000 or $10,000 to aftercare. New Vocations is one of the top ones that I like to donate to, and I am going to donate $1,000 from this ticket to them. I don’t mind spreading the wealth with others.

A lot of people know I post my Santa Anita and Del Mar numbers each week. I’ve been doing well, seeing the ball there for a few years now, sharing my picks with people and posting them on Winning Bred. I probably get 100 DMs on a Saturday sharing my picks. We have to be a team. We’re going against these conglomerates with so many unknown factors. Even if you land on the best horse, the best horse doesn't always win. So if you can attack this game with some friends or a community, even if you get a lower payout it comes back tenfold. That's what my mentality is, and the people that work with me and my good friends, we’re all about giving back and trying to help each other.

Big Score celebrates the good days in horse racing. Kevin Kilroy is an author, handicapper and two-time NHC qualifier who cashed in 2021. Serving as the publicity specialist for Fair Grounds Race Course & Slots and a free-lance writer, you can find him on Twitter @trustyourluck.