Ben's Cat Back at Laurel After Parx Dash 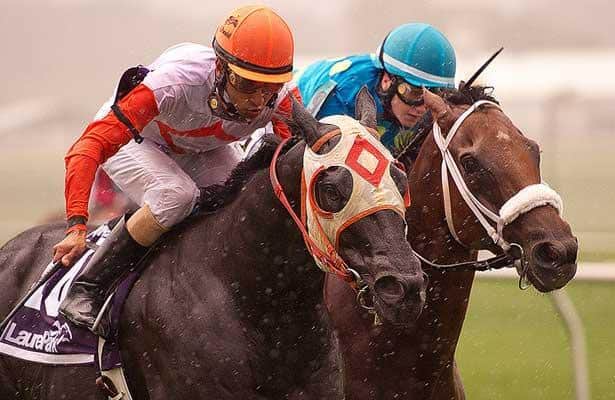 "It was very disappointing," said Leatherbury Sunday morning. "He was sluggish early and didn't have his usual big kick at the end. He ran a bad race, and we're not used to that. If it was a normal horse, you'd just say he ran a bad race. But he's not the kind that does that. But he's fine this morning and maybe it was just a bad race."

Leatherbury, who will be inducted into the National Museum of Racing And Hall Of Fame Friday, Aug. 7, said he was considering the $300,000 Turf Monster (G3) at Parx, "but that's seven weeks away and I don't know if I want to wait that long."

"We'll just think about things the next couple days," he added.

For $45 per person, guests will be able to feast on steamed hard shell crabs, crab cakes, barbecue chicken, hot dogs and hamburgers, and desserts. Reservations can be made by calling 301.725.0770.

Fast Furlong Stable's Sunnysammi, a 3-year-old daughter of First Defence trained by Nicholas Esler, won Sunday's second race, a $40,000 maiden event over a 5 1/2-furlong turf course. Sunnysammi, made her debut at Saratoga last August in a race that came off the turf. Her only previous start this year also came off the turf. Sunnysammi covered the distance in 1:03.37.