Belmont winner Mo Donegal has bone bruise, will miss BC 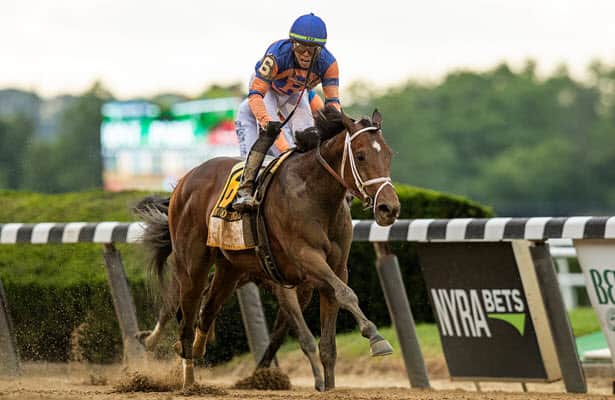 Belmont Stakes winner Mo Donegal came out of New York’s 1 1/2-mile Triple Crown finale with bone bruising and will be out of training for 60 days.

"He wasn’t moving the same coming out of the (Belmont) so we sent him for evaluation," Pletcher said. "It’s bone bruising, which is pretty common. It looks like 60 days...We just need some time to regroup now. With 60 days off, you need 120 to get them ready sometimes."

Pletcher said it had not been determined if Mo Donegal would return to race as a 4-year-old.

“We haven’t had that discussion, but I would hope so," the Hall of Famer said.

By Uncle Mo, Mo Donegal has not worked since his three-length victory as the favorite in the Belmont Stakes. Trainer Todd Pletcher recently said it was possible Mo Donegal would train up to the $1.25 Travers (G1) at Saratoga on Aug. 27, but that is no longer an option.

Co-owners Jerry Crawford, CEO of Donegal Racing, and Mike Repole said Saturday that they would share Mo Donegal’s progress as the colt continues to be evaluated.