Bell's the One will return for 6-year-old campaign 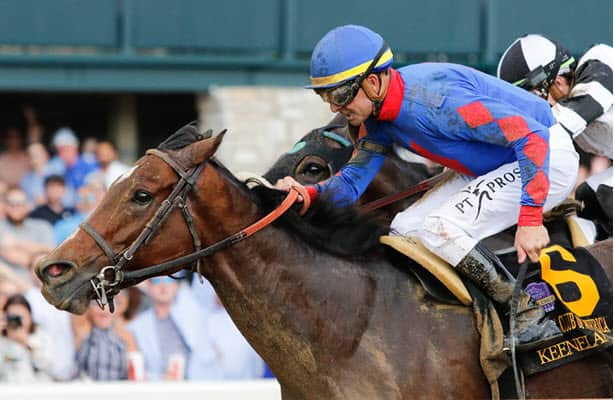 Lothenbach Stables’ Bell’s the One, the one-length winner of Saturday’s $300,000 Dream Supreme, is slated to have 45 days off before beginning training toward a 6-year-old campaign, according to trainer Neil Pessin.

“She’s a special mare to all of us and it’s great that she’ll be back next year,” Pessin said. “We’ll give her a vacation and then target the (Breeders’ Cup) Filly & Mare Sprint at Keeneland.”

“I’d say this was a pretty good birthday present,” Lanerie said. “It was great that the owners were here to celebrate as well.”

Bell’s the One was originally set to duel with rival Sconsin for the sixth time but the 4-year-old filly was scratched by trainer Greg Foley.

“(Sconsin) is doing fine but she wasn’t acting like herself to run against these type of horses,” Foley said. “Hopefully next year we’ll get to run against Bell’s the One again.”

Bell’s the One earned a 94 Brisnet Speed Rating for her victory Saturday.