Before Maximum Security moves, Wests to hear Servis' side 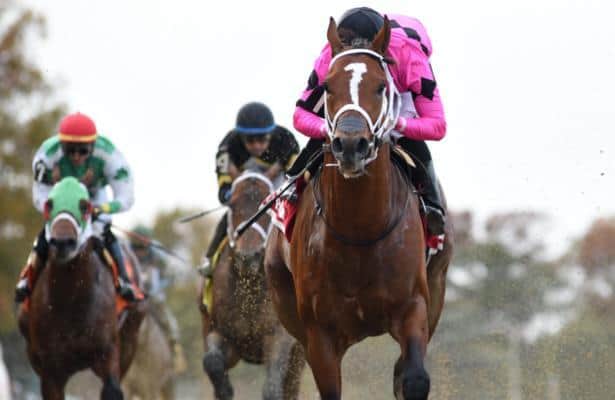 Before deciding the future of champion colt Maximum Security, owners Gary and Mary West will hear from trainer Jason Servis.

Ben Glass, their racing manager, said Monday he’s been told Servis is in custody in New York after the U.S. District Attorney’s Office unsealed documents detailing how Servis and 26 others in the racing industry contributed to doping horses, concealing drug use and in the process defrauded the gambling public.

Servis allegedly used a substance, SGF-1000, that includes “growth factors” that could enhance a horse’s performance, with investigators tapping into his conversations last June about administering it to Maximum Security.

“Right now we’re waiting patiently,” Glass said, adding that Monday's news came as a surprise. “We want to hear Jason’s side of it before we make a decision.”

Indictments are, after all, not convictions.

Servis and fellow trainer Jorge Navarro were cited by the feds, with Navarro partaking in a “widespread scheme” to manufacture, ship and distributed illegal substances.

Maximum Security, a son of New Year’s Day, is back in the United States after his Feb. 29 victory in the inaugural Saudi Cup, a $20 million race. Glass said Maximum Security is being cared for by a groom while in quarantine at Arlington Park in Chicago with the Saudi Cup runner-up Midnight Bisou.

The Wests send a number of horses to Servis, with their other trainers including Hall of Famer Bob Baffert.

Bradley Weisbord, head of BSW Bloodstock, said in a statement that his owners have had 10 horses under Servis' care, including the Grade 1 hero World of Trouble.

"It is not my job to determine to any extent whether the indicted are guilty," Weisbord said. "What is my job is to protect our equine athletes...Each of these horses will be immediately removed from (Servis') care and placed with other trainers."

From Michelle Crawford, owner of Shancelot–We are disgusted. We are upset. I spend all my free time running around advocating for horse care and horse health and after care, so I am disgusted. On the phone right now to line up truckers to get our horses out of that barn.