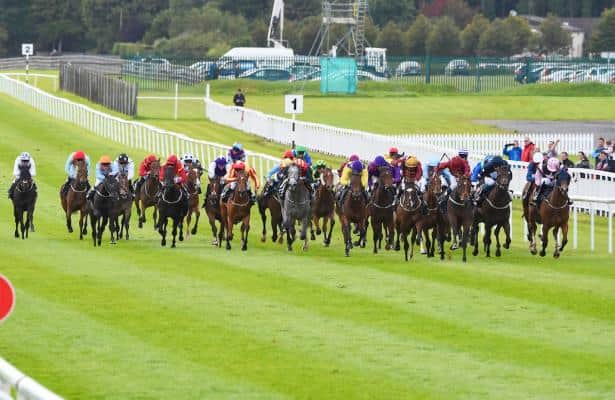 The Curragh is set to host a clash between two of Ireland’s leading two-year-olds this Sunday in the Group 1 Keeneland Phoenix Stakes when Gordon Elliott’s unbeaten Beckford will take on Aidan O’Brien’s Norfolk Stakes winner, Sioux Nation.

A dozen entries remain in the race which has been won in the past by O’Brien with high class colts such as George Washington, Holy Roman Emperor, Zoffany and Caravaggio last year and eyeing a 16th win in the race O’Brien has left in seven possible runners with Declarationofpeace and course and distance winning filly Actress among them.

Gordon Elliott’s Beckford has won his only two starts but the trainer is hopeful there is still more to come from the Railway Stakes winner.

Elliott said, “He’s a very nice horse and he’ll have to improve again but we think he is in good form and I’m happy with him. I was thrilled with him the last day but he’ll probably come on a bit even for that as he was a little bit green when he got to the front.”

Also included in the potential line up is James Nash’s T For Tango and the Ken Condon-trained Romanised who was only beaten a little over two-lengths in the Coventry Stakes at Royal Ascot.

Condon said, “We like him a lot and after Sunday we will know a lot more. He has always given us the impression he is a good colt and in the circumstances, with him being slowly away at Royal Ascot, I felt he ran very well. The times were quick that day and the horses at the front-end looked to have and advantage so we are looking forward to Sunday. I think he has improved since Royal Ascot and his work has been to a good standard but we’ll get a better idea after the Phoenix Stakes. I’m hoping he will represent us well.”

Tom Dascombe’s Frozen Angel has stood his ground and recent maiden winner Helvetian could also make the journey across for trainer Mick Channon.

Joe Murphy’s stable star Only Mine will look to make it three wins on the bounce in the Group 3 At The Races Phoenix Sprint Stakes which has attracted 14-entries including the supplemented Cougar Mountain.

Tom Hogan’s globe-trotting Gordon Lord Byron will aim for a third course and distance success and the fascinating contest could also feature Willie McCreery’s highly rated Downforce and Richard Fahey’s Kimberella who was a winner at Chester last weekend.

Eddie Lynam, who won the race with Slade Power in 2013, has given Moivesta an entry while Fozzy Stack will look for the biggest win in his first season as a trainer with Son Of Rest.

A full list of entries can be seen here.