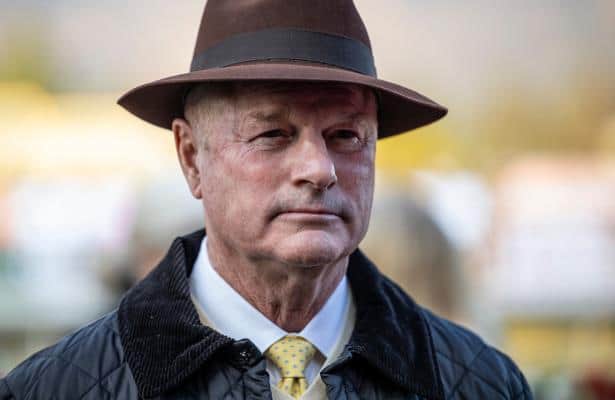 Trainer Richard Mandella has been quick off the mark this summer at Del Mar, with three stakes wins from 11 starters and a meet-leading $317,720 in earnings through six days of racing.

The successful start, which also includes a close third in the San Diego Handicap (G2) by Royal Ship, has the barn already approaching its output for each of the previous two summer seasons at Del Mar. Last year, Mandella went 4-11-7 from 51 starters with earnings of $488,430, while the summer prior he posted a record of 35: 5-4-5 with $335,703 in earnings.

Horse Racing Nation spoke with the Hall of Fame trainer this week to get the latest on a half-dozen of his top stakes horses.

United. The veteran gelding looks to be back on track for a third try in the Breeders’ Cup Turf after his determined head victory in last Saturday’s Eddie Read (G2). In the 1 1/8-mile turf feature, United stalked the pace under Flavien Prat before uncorking a late rally to run down even-money favorite Smooth Like Strait.

“He came out of the race great,” Mandella said of the six-time graded stakes winner. “We plan to run him in the Del Mar Handicap.”

United’s second straight Eddie Read win followed an uncharacteristic effort in the Charles Whittingham (G2) at Santa Anita seven weeks earlier, which Mandella described as a “terrible race.” However, a potential reason for the fourth-place finish would later come to light.

“He had a bruise in a hind foot and it was under the shoe, so we couldn’t tell until we took the shoe off,” Mandella said on Wednesday. “Not a big deal, but it must have been enough to bother him.”

The 4-year-old Tiznow colt has found a home this season in these “marathon” dirt routes, having previously taken the Tokyo City Cup (G3) at Santa Anita and running second in the Brooklyn Stakes (G2) at Belmont Park before the Cougar II. But he could cut back in distance for his next start.

Owned by MyRacehorse and Spendthrift Farm, Tizamagician this season has a mark of 6: 3-2-0 with earnings of $287,000.

Soothsay. She improved to 3-for-4 in her young career when overcoming a dreadful start to win the Indiana Oaks (G3) on July 7. As the chart notes, Soothsay “broke in the air and lunged” at the break, leaving her in dead last after the opening half mile. With patient handling by Flavien Prat, the well-bred filly steadily made her way back into contention before using a five-wide surge in the stretch to win by a neck.

“She had done everything right in her previous starts, she had to make a mistake at some point,” Mandella said. “But she made a mistake and overcame it.”

Soothsay has not worked since the Indiana Oaks, but plans are for her to return to the tab next week.

“I’ve been giving her a break from shipping there and all that,” Mandella said. “And I don’t really have the race here I’m looking for. So we’ll probably start breezing her next week. Not really sure what’s next, but maybe the (Zenyatta Stakes) at the start of the Santa Anita fall meet.”

Before winning the Indiana Oaks, Soothsay took the Santa Anita Oaks (G2) in April and was second behind Crazy Beautiful in the May 30 Summertime Oaks (G2) at Santa Anita. By Distorted Humor out of multiple graded-stakes winner Spellbound, Soothsay is a homebred for Raydelz Stable.

Royal Ship. After shipping from his native Brazil last year, the now 5-year-old made three of his first four U.S. starts in graded stakes on turf. Switched to the main track full-time since, the Midshipman gelding has gone on to win April’s Californian Stakes (G2) at Santa Anita, finish second by a head to Country Grammer in the Hollywood Gold Cup (G1) and finish third, beaten less than a length, as the favorite in the San Diego.

“He’s doing really good, he’ll point to the Pacific Classic,” Mandella said, adding Royal Ship would return to the work tab “in the next few days.”

Royal Ship was a Group 1 winner in Brazil before arriving in the U.S. for owners Fox Hill Farms and Siena Farm.

Moonlight d’Oro. After earning her diploma in start No. 3 last December, the daughter of Medaglia d'Oro returned seven weeks later to take the Las Virgenes (G2) in her sophomore bow. She has not worked since.

“She chipped a knee in that race, and we took it out surgically,” Mandella said. “She’s back here at Del Mar galloping now. Probably in about a week I’ll get a work in. But she won’t start until the fall at Santa Anita.”

A $620,000 auction purchase as a yearling, Moonlight D’Oro is also owned in partnership by My Racehorse and Spendthrift Farm.

Superstition. She provided Mandella with his third stakes win of the young Del Mar meet when winning the Daisycutter Handicap sprinting on the grass on Sunday. She has not missed the board in five stakes starts this year, which includes a win in February's Wishing Well at Santa Anita.

“She’s doing great, I was really excited about that race,” Mandella said of the Daisycutter.

In the Daisycutter, Superstition rated in fourth under Prat before going past the leaders in the stretch and kicking clear to win by 1 1/2 lengths. Mandella said a trip outside of California is next on the agenda for Superstition.