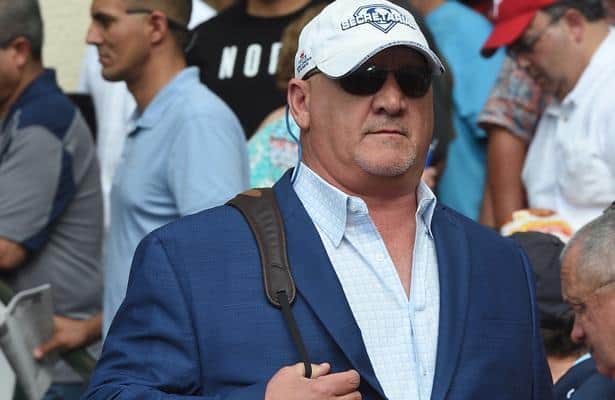 Kenny McPeek had a very good year with fillies last year, and this year might bring more of the same.

Example No. 1, of course, is Swiss Skydiver. She had five wins in 10 starts at nine tracks, including a win over Authentic in the Preakness, en route to winning the Eclipse award as the top 3-year-old filly.

And Envoutante finished the year with wins in the Remington Park Oaks (G3) and the Falls City (G2).

Both will make their 2021 debuts this weekend, with McPeek telling HRN Monday that Swiss Skydiver will ship to California for the Beholder Mile (G1) and Envoutante is at Oaklawn for the Azeri (G2).

McPeek provided an update on the promising 3-year-old fillies and other horses in his barn.

Simply Ravishing — Winner of the Alcibaides (G1), this one might be the best of the bunch. She finished 2020 with fourth-place finishes in the Breeders' Cup Juvenile Fillies and the Golden Rod (G2) and has yet to race this year.

The March 27 Gulfstream Park Oaks (G2) or the April 3 Ashland (G1) will be her next start, McPeek said.

"She's been working here regularly here in Florida," McPeek said — she worked four furlongs in a bullet 46.53 at Gulfstream on Friday. "We didn't want to travel with her. We wanted to keep her local. She was just a little bit behind schedule for the Devona Dale, and I didn't want a one-turn mile for her."

McPeek said the Laoban filly has "immense talent. It's crazy how talented she is."

Crazy Beautiful. She finished second in the Davona Dale (G2) in her first start since a sixth-place finish in the Breeders' Cup Juvenile Fillies. McPeek said the plan for now is to nominate her to the Gulfstream Park Oaks and the April 2 Beaumont (G3) at Keeneland.

"I really like her better at a one-turn distance," he said. "I think she does really well with that. I think the Beaumont might be a better option, but I'm not going to rule out the Gulfstream Park Oaks right now."

Oliviaofthedesert. McPeek said he was "a little bit disappointed" in her fourth-place finish in Saturday's Honeybee (G3).

"I think she's a good filly, but she maybe she's a notch below some of the graded types and we'll probably hunt for something a little simpler for her," he said. "I haven't booked a race back for her yet. She's come out of the race fine at Oaklawn but maybe the Bourbonette (Oaks, March 14) at Turfway, it's a nice listed stake."

Tabor Hall. She finished sixth in the Honeybee, her first start after breaking her maiden in January.

"She came out of the race with a little inflammation on her soft palate," McPeek said. "And we'll probably back off her and then point her towards a never-won-two allowance race at Keeneland."

Forever Boss. Unraced as a 2-year-old, she finished fourth in the Florida Oaks (G3) one race after breaking her maiden.

"She got hung wide on both turns, and I think she gets beat seven lengths," McPeek said. "But I think it was a good class test. We learned a little something about her — I think with an inside trip, she runs a little bit better. And she's probably also going to be pointed towards the Bourbonette or a never-won-two allowance race at Keeneland."

You might also recall King Fury, who showed promise in winning the Street Sense in October and went on to a seventh-place finish in the Breeders' Cup Juvenile and a fifth-place effort in the Kentucky Jockey Club Stakes (G2).

"I don't know that he's on the Kentucky Derby schedule right now," McPeek said. "I think he's behind schedule for that because he got a couple-month break. But a really nice horse. And maybe if he if he jumps through the Lexington hoops, then maybe you'll see him in the Preakness. Or he may be a horse that you see a little bit later in the summer — the Travers or something like that."

King Fury was given the time off because "he just kind of ran flat in the last couple, and this was a horse that we thought needed some time to grow."

And McPeek said 5-year-old Signalman was retired after an 18-race career that ended with a record of 3-4-4 and a fifth-place finish in the John B. Connally Turf Cup (G3) on Jan. 31.

"He worked over the weekend and he's a horse — he's had stringhalt all his life, but we didn't like the way he cooled out and he some nicks and dings and we've decided to retire him."

By the way, if this is the year of the fillies for McPeek, "next year will be the colt year," he said, as he has "fantastic" 2-year-olds coming up.

"My business at the sales picked up a lot," he said. "Certainly with the success of Swiss Skydiver, but I've pretty well proven I'm pretty good at that over the years and I had a lot of people asking me to buy horses last season. And we've got a lot of those at Silverleaf, my training center in Summerfield, Florida. We got a large group there that's getting ready. They're all doing baby steps right now, but it's a really exciting group."