Bob Baffert's NYRA hearing ends, so what comes next? 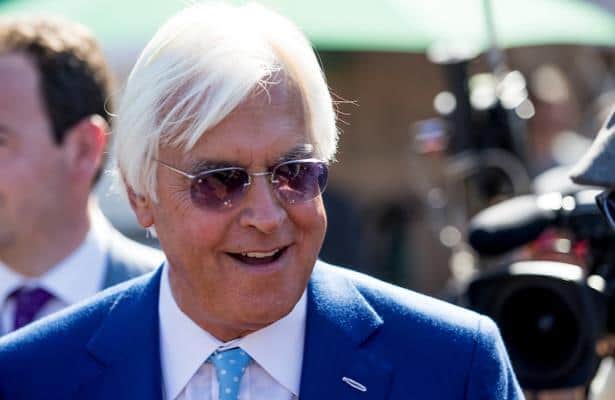 Attorneys for Bob Baffert and the New York Racing Association wrapped up a hearing on Friday to help determine whether the trainer will receive a lengthy suspension. Henry Greenberg, representing NYRA, said during his closing argument that Baffert has caused harm to the sport of racing with his actions after Medina Spirit’s Kentucky Derby betamethasone positive.

“A rampage of positive drug tests and violations in frequence and number that has no precedent in the modern history of the sport,” Greenberg said in describing Baffert’s record. “As a consequence of those violations, it is also undisputed and indisputable that there was an avalanche of extraordinary, critical coverage of this sport following the Kentucky Derby.”

Greenberg also touted the credentials of NYRA’s witness, Dr. Pierre-Louis Toutain, who testified Tuesday that the amounts of medication that caused many of Baffert’s positives would have had an impact on performance. That stood in contrast to Dr. Clara Fenger and Dr. Steven Barker, who testified for Baffert and said the amounts found were trace and would have no effect.

Baffert’s attorney, Craig Robertson, rebutted during his statement, defending the record of the two veterinarians. Robertson criticized NYRA, saying it treated Baffert worse than other trainers who have had problems with medication overages.

“You cannot be around this man without realizing he’s a good man,” Robertson said of Baffert. “He’s an honest man, and Bob Baffert is not a cheat.”

Robertson argued that NYRA had not taken an interest in Baffert’s record until after the Kentucky Derby. He also pushed back against Greenberg’s assertion that the trainer was bad for business in a competitive gambling industry.

Also brought up during the final day of the hearing was Baffert’s May news conference at his Churchill Downs barn, where he announced the Medina Spirit positive. NYRA claimed he presented conspiracy theories during the event and in his subsequent tour of television interviews.

Robertson claimed Baffert was emotional because of receiving “the biggest gut punch of his entire career” and spoke honestly. Greenberg disagreed, saying the interviews were part of a pattern for the trainer.

With the hearing done, the next action will be taken by Sherwood, who will create a hearing report and recommendation. There is no announced time frame in which Sherwood must complete that task.

After Sherwood creates the report, it will go to a NYRA panel, which will make a final decision. Following an exception period of up to seven days, that panel have 10 days to make its ruling, which will not be subject to administrative appeal.

The panel was appointed by NYRA president David O'Rourke. It has the ability to "adopt, modify or reject any or all" of the report provided by Sherwood according to NYRA's hearing rules and procedures.