Baffert to train Maximum Security in wake of Servis' indictments 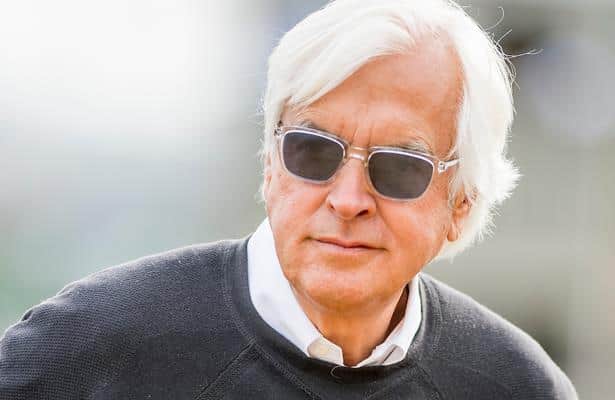 In a statement released Tuesday, owners Gary and Mary West announced they're moving all their horses in Servis' care. Among the transfers will be Maximum Security to Hall of Famer Bob Baffert.

“Yesterday, Jason Servis, a trainer we have used for five years was indicted on multiple charges regarding using an illegal substance in horses," Gary West's statement reads. "This news is extremely disturbing and disappointing. Therefore we will be moving all our horses from Jason Servis as soon as arrangements can be made with other trainers."

Maximum Security, a homebred son of New Year's Day, wore Coolmore silks in his most-recent race, the $20 million Saudi Cup on Feb. 29 at King Abdulaziz Racecourse. He's expected to stand there at stud in Kentucky upon retirement, with the Wests retaining racing rights until then.

Federal investigators tapped into Servis' conversations in which he is alleged to have discussed giving Maximum Security the banned substance SGF-1000. Documents detail specifically that in the colt's comeback race from last year's Kentucky Derby, Servis took measures to cover up use of SGF-1000 when New Jersey regulators asked for an out-of-competition test.

Now 4, Maximum Security has won the Florida Derby (G1), Haskell (G1) and Cigar Mile (G1), having been beaten across the wire just once in 10 career starts. The Wests are a regular client for Baffert, who in recent years has trained for them champions West Coast and Game Winner.

On Monday, Ben Glass, racing manager for the Wests, said Maximum Security was in quarantine at Chicago's Arlington Park along with Saudi Cup runner-up Midnight Bisou. A person with knowledge of the situation told Horse Racing Nation that after clearing quarantine on Friday, Maximum Security will be turned out at Dell Ridge Farm in Lexington, Ky., before heading west into Baffert's care for the rest of the season.