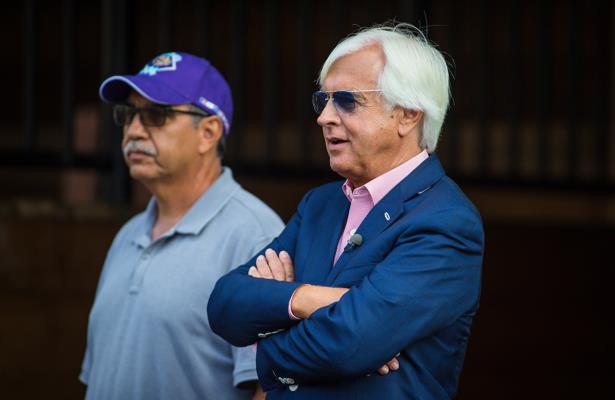 In what appears to be a completely wide-open contest, Monday’s $100,000 Zuma Beach Stakes at Santa Anita has attracted a field of eight juveniles, with Bob Baffert’s Much Better, Jeff Bonde’s King of Speed, Jerry Hollendorfer’s More Ice, Doug O’Neill’s Takeo Squared and Jack Sisterson’s Ship of the Line all meriting serious consideration.

An easy 3 ¼-length first-out maiden winner going 6 ½ furlongs on Del Mar’s main track Sept. 1, this $600,000 Keeneland November yearling by Pioneerof the Nile could be poised to take his competition gate to wire on Monday in his first try on grass and around two turns. Off as the 4-5 favorite in his debut, he retains the services of Drayden Van Dyke.

Having hit the board in all three of his one-mile turf starts, King of Speed, who contrary to his name, is best suited as a deep closer, comes off a big rallying win in the Del Mar Juvenile Turf Stakes on Sept. 2 and will hope to be flying late again in the Zuma Beach under regular rider Gary Stevens. Well-seasoned with an overall mark of 5-1-1-1, he’s the leading money earner in the field with $85,980.

A sharp 1 ½-length maiden winner at a mile on turf Sept. 2, this $52,000 Ocala 2-year-old in Training Sale purchase by More Than Ready will hope to stalk the early pace and outrun his completion down the lane.

The lone California-bred in the field, this chestnut gelding by Square Eddie was bred by Rothblum and EC Racing.  Third, beaten 1 ¼ lengths by King of Speed in the Del Mar Juvenile Turf, he gave a good account of himself despite significant trouble in the race. A one-mile turf maiden winner two starts back on Aug. 16, he’ll try the trip for the third consecutive time.

SHIP OF THE LINE

Based in Kentucky and a one-mile turf maiden winner in his second start on Sept. 2 at Ellis Park, this Calumet homebred took his maiden in gate to wire fashion over 11 rivals and figures to employ similar tactics here at Santa Anita. Conditioned by a former longtime assistant to Doug O’Neill, he’ll be ridden for the third consecutive time by Adam Beschizza.