Baffert loses another attempt to have 90-day suspension halted 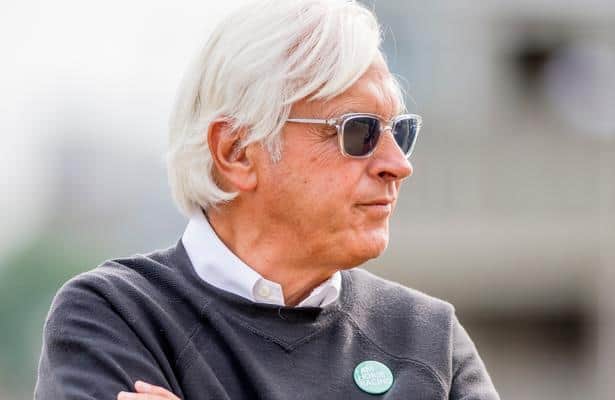 Bob Baffert's latest attempt to have his 90-day suspension halted was formally denied in orders issued Friday by the Kentucky Court of Appeals.

Bloodhorse.com reported that the orders by a three-judge panel followed an April 1 denial by judge Allison Jones of Baffert's motion for emergency relief from the suspension by the Kentucky Horse Racing Commission. That denial came after Circuit Court Judge Thomas Wingate denied another effort by Baffert to halt the suspension.

The Appeals Court said that Baffert's motion did not address Wingate's denial for a stay of suspension under Kentucky's statutory scheme and that Wingate did not abuse his discretion in denying the temporary injunction, according to the report. The court said the separate appeal was superfluous. The court said its order of dismissal is not a ruling on the merits of the overall case, according to the report.

Baffert was suspended in the wake of Medina Spirit's failed drug test after the 2021 Kentucky Derby. He began the suspension on April 4, and many of his horses have been transferred to other trainers.

Baffert may not ask for reconsideration of the order, according to the report, but the Kentucky Supreme Court may review the cases at its discretion if asked to do so.