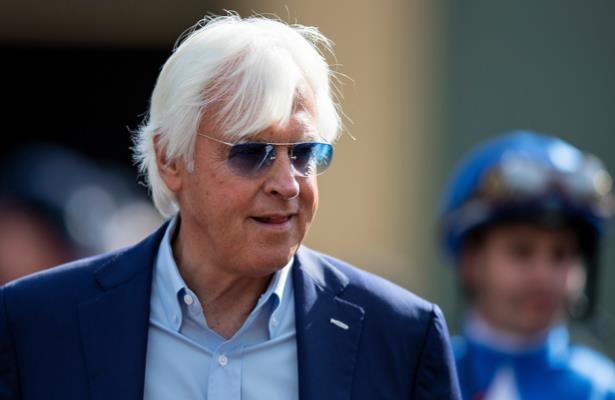 With Santa Anita Park’s grounds closed to all but essential personnel caring for horses and overseeing racing, trainer Bob Baffert on Saturday shared a video update from home with XBTV updating what he's coined “The Big 3.”

The group includes Grade 2 winners Authentic and Nadal as well as Charlatan, who’s 2-for-2 and among the fortunate bunch of horses who could benefit from more time until the 2020 Kentucky Derby on Sept. 4.

Baffert said he’s following the seemingly hour-by-hour developments in the racing and outside worlds regarding the COVID-19 pandemic. As much as possible, it’s business as usual.

Baffert sent Authentic, a son of Into Mischief, out for his first breeze Saturday since an authoritative victory in the March 7 San Felipe Stakes (G2). The unbeaten colt worked five furlongs in 1:01.80 “just under cruise control,” Baffert told XBTV

“Handled it really well — he’s the kind of horse that just barely goes over the top of the surface.”

Should the Santa Anita Derby (G1) run as planned on April 4, Authentic remains on target for it.

Nadal, who exits a victory last weekend in Oaklawn Park’s Rebel Stakes (G2), overcame pressure on the front end the whole way, also improving to 3-for-3.

Baffert told XBTV that the Blame colt “looks tremendous” after a race that he expected to take more out of Nadal, adding that Nadal “has been back to the track. He’s happy.”

Charlatan, last but not least, owns ascending Beyer Speed Figures of 105 and 106 right out of the gate to begin his career.

“He actually, of all of them, probably needed the race the most,” Baffert said of last weekend's two-turn allowance in which the Speightstown colt drew off by 10 1/4 lengths.

Nadal is a candidate to return to Oaklawn for the newly rescheduled Arkansas Derby (G1) on May 2.

“If they were to split it, maybe you could see a horse like Charlatan there,” Baffert told XBTV.

With the Derby now 166 days out, Baffert could have other candidates surface, such as Eight Rings, a Grade 1 winner off since the Breeders’ Cup Juvenile, and Cezanne, a $3.6 million colt who’s on the work tab.

With the suspension of racing at Aqueduct, Baffert added that Thousand Words, who “puzzled” connections with a flat effort in the San Felipe, may work his way into the Santa Anita Derby off his first career defeat.