Baffert hopes other Santa Anita Derby entry can 'get a piece' 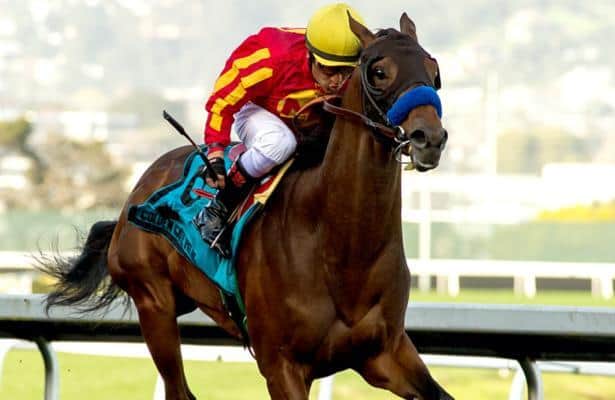 Trainer Bob Baffert has for the Santa Anita Derby (G1) the likely race favorite Authentic, an unbeaten colt who come Saturday figures to be winging it on the lead of the 1 1/8-mile race.

But Baffert said this week he’s also hoping his second entry can “get a piece of the action,” setting himself up for more graded stakes tries this summer.

Azul Coast is 2-for-3, also winning his Dec. 8 debut at Los Alamitos. Then he ran into Authentic in the Jan. 4 Sham Stakes (G3), with a 7 3/4-length defeat not likely to have shaken the colt’s psyche. Baffert has quipped that Azul Coast was so far behind his stablemate that day, he may have thought himself the best of the bunch.

In the Santa Anita Derby, qualifying points for the 2020 Kentucky Derby on Sept. 5 will pay out on a 100-40-20-10 scale to the top-four finishers. With a forward-looking performance, Baffert said he’ll next consider Azul Coast for the July 4 Los Alamitos Derby (G3), a 20-8-4-2 points race.

Azul Coast sits 30th on the leaderboard with 14 points with about three months until the first Saturday in September.