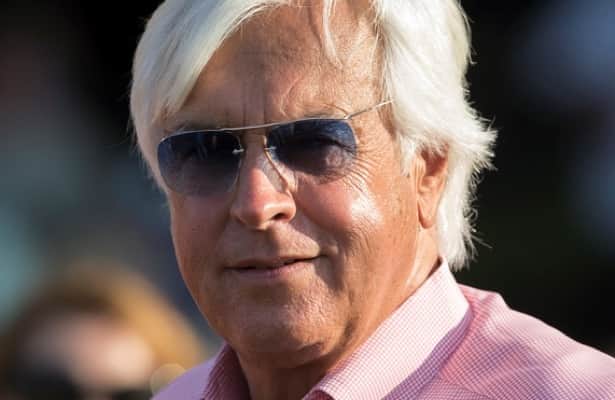 Legal teams for Bob Baffert and the New York Racing Association traded shots during the first day of the trainer’s pre-suspension hearing in Manhattan on Monday. The hearing came to be after a federal judge ruled that NYRA did not give Baffert proper due process when it suspended him following the late Medina Spirit’s positive drug test from after the Kentucky Derby.

“Baffert took a wrecking ball over a two year period to the integrity of a sport that was so good to him,” Greenberg said. “He sullied and soiled in one year, 365 days, three of the great races in America, the Arkansas Derby, Kentucky Oaks and the Kentucky Derby.”

Greenberg said that a lengthy suspension of Baffert was needed in order to protect NYRA racing in a competitive gambling environment. He also bashed the trainer for what he described as an unwillingness to take the blame for seven drug violations, including the Medina Spirit incident, since 2019.

Baffert’s attorney, Craig Robertson, would not be outdone in opening statement vitriol, claiming that the NYRA board was out to get the trainer and questioning why the hearing was happening at all.

“The reason we’re here, there’s a handful of NYRA board members who can answer that question,” Robertson said. “They have some personal vendetta against Mr. Baffert. Do they not like him? Are they jealous of him? Or perhaps, because they own horses that race in New York, they're tired of Mr. Baffert coming to New York and beating them in New York races and they want to eliminate a competitor.”

The idea that NYRA had a personal issue with Baffert was one that the trainer’s other attorney, Clark Brewster, attempted to hammer home while cross examining one of the organization’s witnesses, Rick Goodell. Goodell served as an attorney for the New York State Gaming Commission until early 2020.

Brewster brought up eight specific NYRA board members who he said owned horses that raced against Baffert, including Phipps Stables (owned by board member Ogden Phipps II) running Dynamic One in the 2021 Derby. He also claimed that several of the violations from Baffert would not have been such if they had occurred in New York, due to differing threshold rules for medications.

Goodell agreed, though he pointed out that a threshold violation is separate from a restricted time period rule violation.

“It is possible to have smaller concentrations than the thresholds,” Goodell said. “It’s possible without a violation.”

Goodell was the only witness questioned during Monday’s proceedings, and Brewster was unable to finish his cross-examination due to time. When Greenberg questioned him previously, he seemed to be trying to prove one of NYRA’s central tenets, that Baffert has had numerous violations and failed to take responsibility for any of them.

Greenberg showed six races while Goodell was being questioned, along with several news stories and television interviews of Baffert.

“Once again (Baffert) has an explanation that doesn’t include him saying ‘my fault, I’m responsible, it won’t happen again,’” Greenberg said during his opening statement.

The hearing, which is expected to take most of the week, was held before retired New York State Supreme Court justice O. Peter Sherwood. It will continue on Tuesday.

At the end of the hearing, Sherwood will assemble a report with his findings, which a panel will review before making a final ruling.