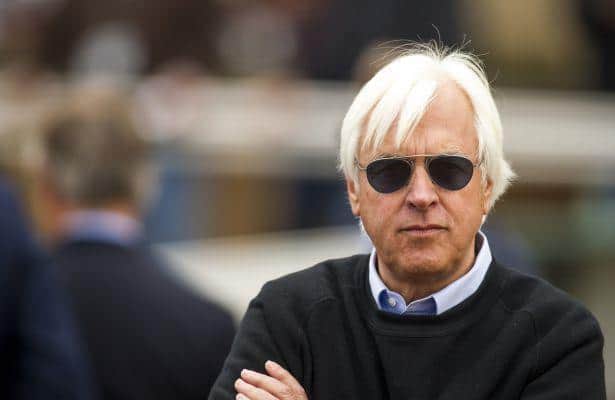 (Editor's note: This story was updated with a statement from Clark Brewster, Baffert's attorney.)

Bob Baffert’s emergency request for a stay of his 90-day suspension was denied by the Kentucky Court of Appeals on Friday. The ruling means the suspension will begin on Monday.

The ruling was first reported by the Thoroughbred Daily News. The length of the suspension means Baffert will have to disperse his stable in Southern California and give up his stall space.

Santa Anita general manager Nate Newby declined comment when contacted by Horse Racing Nation and said a statement from the track would be forthcoming.

Baffert has upwards of 100 horses stabled between Santa Anita and Los Alamitos.

“We were disappointed by today’s decision, but it’s important to understand that the court made it clear that it denied the stay purely on procedural grounds and not on the merits, all of which point to Bob ultimately winning this case," Brewster said. "We will continue to fight for Bob’s ability to race and win in Kentucky and against the injustice of KHRC against Bob.”

The suspension by the Kentucky Horse Racing Commission came following the late Medina Spirit's positive test for betamethasone after the 2021 Kentucky Derby. Baffert previously tried to obtain a stay from Kentucky's Franklin Circuit Court, an effort that was denied.

Baffert's appeal of the punishment, which also included the disqualification of Medina Spirit and a $7,500 fine, will be heard by the full KHRC starting April 17. The trainer has another legal case pending, an attempt in federal court to force Churchill Downs Inc. to allow him to run at its tracks and honor Derby points earned by his horses.

By mandate of the California Horse Racing Board, any trainer who receives a suspension of 60 days or more "shall be banned from all CHRB-licensed facilities.

“In addition," CHRB rule 1843.3 states. "During the period of suspension, such trainer shall forfeit all assigned stall space and shall remove from the inclosures all signage, colors, advertisements, training-related equipment, tack, office equipment, and any other property."

Amoss: No Kentucky Derby decision yet about Hoosier Philly
Asked to clarify his thoughts about aiming Hoosier...
x