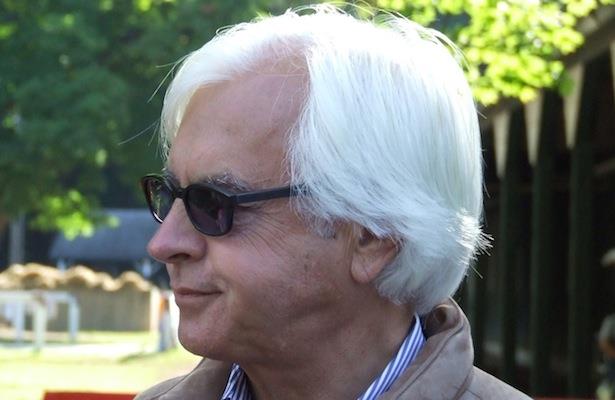 Two horses trained by Bob Baffert, Gamine and Charlatan, tested positive for a medication violation after racing May 2 at Oaklawn Park. Baffert requested a split-sample of the tests, which were first reported by the New York Times on Monday to have come back positive.  The Arkansas Racing Commission has not made the results of the split-sample public at this point, nor have they ruled on the results, which could lead to a disqualification of both horses.

Even though Lidocaine is a lawful, widely available therapeutic medication, it was never intentionally administered to either GAMINE or CHARLATAN.  When test results indicated that trace amounts of Lidocaine were found in both horses after their respective races on May 2, Bob Baffert and his team were shocked.  Leading up to May 2, both horses were healthy and worked hard to earn their victories that day.

After investigation, it is our belief that both GAMINE and CHARLATAN were unknowingly and innocently exposed to Lidocaine by one of Bob’s employees.  The employee previously broke his pelvis and had been suffering from back pain over the two days leading up to May 2.  As a result, he wore a Salon Pas patch on his back that he personally applied.  That brand of patch contains small amounts of Lidocaine.  It is believed that Lidocaine from that patch was innocently transferred from the employee’s hands to the horses through the application of tongue ties by the employee that was handling both horses leading up to May 2.

What I want to make clear are the following three points:

1.   This is a case of innocent exposure and not intentional administration.

2.  The levels of Lidocaine found in both GAMINE and CHARLATAN that day were extremely small - 185 picograms for GAMINE (in race 7), and 46 picograms for CHARLATAN (in race 11).  A picogram is a trillionth of a gram.

3.   It is our understanding that the trace amounts of Lidocaine found in both GAMINE and CHARLATAN would not have had any effect on either horse – much less a performance enhancing one.  The extreme sensitivity of modern day testing can now pick up trace levels of innocent contaminants that have no effect on a horse.  This is an issue that regulators of horse racing need to account for and address.

Based on these facts, we intend on defending the cases involving GAMINE and CHARLATAN before the Arkansas Racing Commission.

RELATED: Keeping up with Baffert: Updates on 18 stable stars