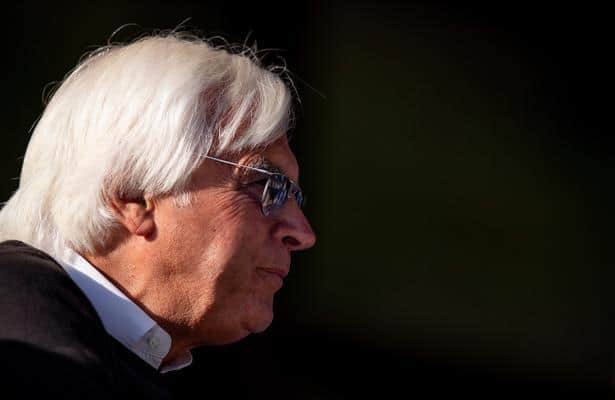 Even though he already served the 90-day suspension, trainer Bob Baffert will make another appeal to have it removed from his record this week at a meeting of the Kentucky Horse Racing Commission.

Attorneys Clark Brewster and Craig Robertson said Sunday that Baffert would be there in person for what was expected to be a week-long hearing starting Monday at 1 p.m. EDT in Frankfort, Ky.

Baffert’s team also is trying to convince the KHRC to restore the late Medina Spirit as the winner of the 2021 Kentucky Derby.

The penalties were the result of Medina Spirit testing positive for betamethasone after he finished first in the 2021 Kentucky Derby. That led to a decision last February by KHRC stewards to disqualify Medina Spirit and to promote Mandaloun from second to first.

This week’s appeal will be heard by the entire KHRC, which in March unanimously denied his request to have the suspension set aside before it would hear his case. Because the ban was recognized in all racing states, Baffert missed the Triple Crown series. He was allowed to return to training July 3.

Baffert already had been handed a separate, two-year suspension by Churchill Downs to keep him out of the 2022 and 2023 Kentucky Derby. That was why Messier and Taiba raced in May for Tim Yakteen, who also trained Baffert’s colt Armagnac in the Preakness.

The thrust of Baffert’s case is the belief that the betamethasone sample that showed up in Medina Spirit’s drug test was a legal, valerate version that is common to an ointment, not an illegal, acetate version that comes from an injection. Racing authorities have said that was a distinction without a regulatory difference.

Baffert also was suspended by the New York Racing Association for a year because of repeated medication violations, none of which occurred at NYRA tracks. That suspension runs through Jan. 25.

Baffert’s attorneys tried to get a court order to set aside the Kentucky suspension and a $7,500 fine, but they were turned down in March by judge Thomas Wingate in Franklin County (Ky.) Circuit Court.

The $1.86 million first-place purse money from the 2021 Derby has not been awarded yet to Mandaloun’s owner Juddmonte. The KHRC has said it will not be paid until the whole legal process has run its course.

Medina Spirit raced four times after the Derby, coming in third in the Preakness, first in the Shared Belief, first in the Awesome Again (G1) and second in the Breeders’ Cup Classic. He died Dec. 6 at the end of a workout at Santa Anita. A heart attack was suspected, although a necropsy was inconclusive.