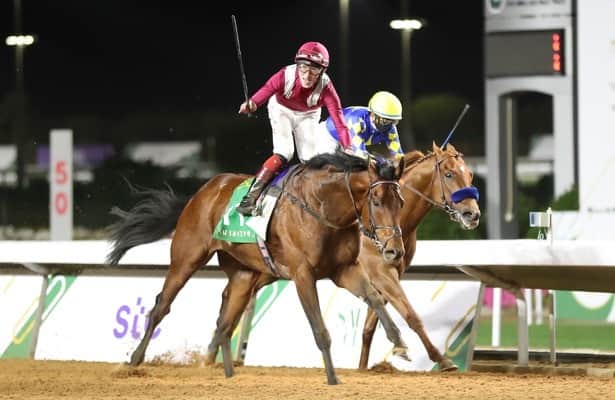 Charlatan did all the heavy lifting in the world’s richest race Saturday, but could not hold off Mishriff late, enduring a noble defeat in the $20 million Saudi Cup, finishing second by a length.

“He ran a big race,” trainer Bob Baffert said Sunday morning. “He put away Knicks Go, just ran him down, turned in a gallant effort and it’s too bad he got beat. That’s a demanding track. The stretch is so long, and he ran hard.

“It was an exciting race, and I would have loved to have won it, but I was afraid of a speed duel between him and Knicks Go. They locked horns after a half-mile and really picked it up the second quarter.

“But the way he ran, it shows what a brilliant horse he is. He put away a really good horse (in Knicks Go, who finished fourth).”

As to the immediate future, Baffert said, “He came out of the race really well. We’ll get him back to the United States, play it by ear and see how he’s doing.”