Baffert: Champion Game Winner returning to the races at age 4 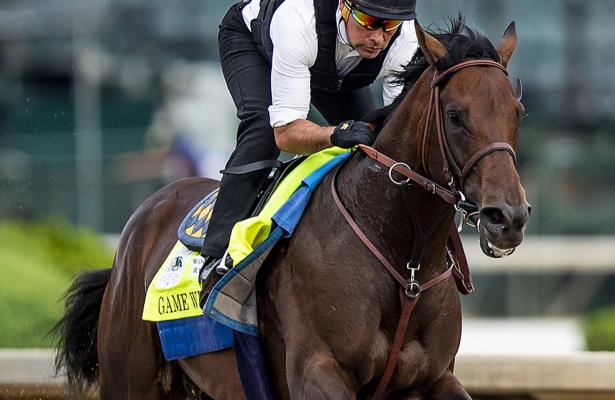 Champion 2-year-old Game Winner, who won the Los Alamitos Derby (G3) in his most-recent start but was hampered my minor setbacks the second half of this season, will have the chance to improve upon his record in 2020.

Trainer Bob Baffert on Tuesday confirmed a BloodHorse report that the son of Candy Ride will race at age 4.

"I've been pressing them to do it," Baffert said. "I told them they need to run this horse. If we get him right, I really thought turning 3 he was the best horse.

"I had some setbacks. He wasn't the same horse, and we could never really get him right. He was still running big races, but he wasn't like he was."

Specific racing plans aren't yet set, but Game Winner, who's stabled with Baffert at Santa Anita Park, is scheduled for a detailed checkup in Kentucky, where he can then be turned out through the offseason and return sometime in the spring.

Owner Gary West had been on the fence about bringing Game Winner back as connections entertained offers to stand him at stud.

"I don't know if that's the best business decision," West told Bob Ehalt, reporting for BloodHorse, "but it's what we're going to do."

Placed fifth in the Kentucky Derby, Game Winner bypassed the Belmont Stakes when Baffert felt he wasn't quite right, then cruised in the July 13 Los Alamitos Derby. Plans to try the Travers Stakes (G1) were scrapped when Game Winner spiked a fever the month of the race.

"It's great," Baffert said of having Game Winner back in the barn next year. "I don't get many opportunities with older horses. They're so good, they go to the breeding shed."