Back to work, Independence Hall 'still in play' for Kentucky Derby 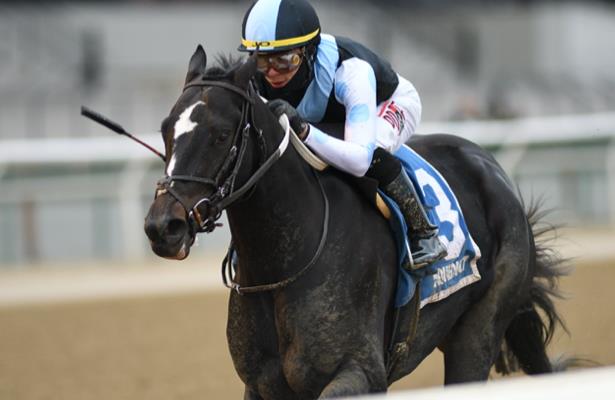 “I haven’t been that lucky in my life to win every time,” Trombetta said Saturday with a laugh, adding that in regard to the 2020 Kentucky Derby trail, “We’re still in play. We’re doing good.”

A multiple stakes-winning son of Constitution, Independence Hall posted his first work back since the Sam F. Davis, breezing a half mile in 50 seconds Saturday at Tampa Bay Downs.

Trombetta said the colt — campaigned by Eclipse Thoroughbred Partners, Twin Creeks Racing Stables and Kathleen and Robert Verratti — is “training very nicely.” It will be another work or two before partners huddle up and determine a next race target.

“There’s options, but we haven’t finalized any plans yet,” Trombetta said.

Independence Hall entered the Sam F. Davis 3-for-3 with a maiden win at Parx Racing, open-lengths victory in Aqueduct’s Nov. 3 Nashua Stakes (G3) and another score Jan. 1 in the Jerome Stakes.

The last of those wins earned him 10 Kentucky Derby qualifying points. The Sam F. Davis, in which he was chased down late by Sole Volante, added four more.

Independence Hall remains one of the early Derby favorites, but he’ll need to win or place in a major prep to qualify — or at least hit the board should he run twice more — if he’s to earn a spot at Churchill Downs.