Cox has a graded-winning duo for Churchill's Mint Julep stakes 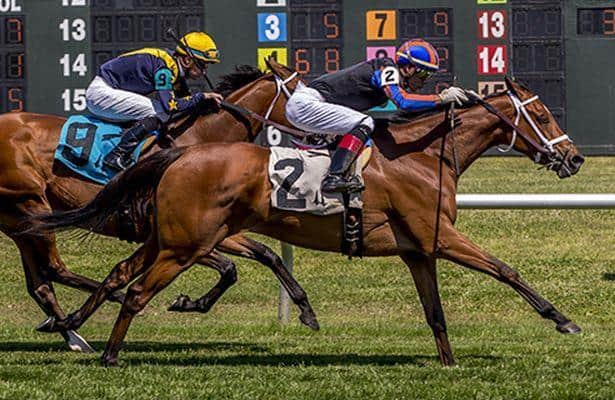 “The (Mint Julep) is a great spot to get both of these horses ready," Cox said, with races such as Belmont Park's Just a Game (G1) and Keeneland's Jenny Wiley (G1) hitting the national stakes schedule.

“I think the Mint Julep will turn out to be a great race because a lot of fillies are probably just getting started like we are for races like those down the line.”

Beau Recall, owned by Slam Dunk Racing and Medallion Racing, had a stellar 5-year-old campaign with victories in the Churchill Downs Distaff Turf Mile (G2) and Yellow Ribbon (G2). The daughter of Sir Prancelot has been on the sidelines since a runner-up finish in the Rodeo Drive (G1) in late September at Santa Anita.

Her stablemate, Juddmonte Farms’ Juliet Foxtrot, also had a solid 2019 campaign with a front-running score in the Modesty (G3) at Arlington Park and runner-up efforts in the John C. Mabee (G2) and First Lady (G1).

The Mint Julep, run at 1 1/16 miles on the Matt Winn Turf Course, is part of a stakes doubleheader Saturday along with the Winning Colors (G3) for fillies and mares sprinting six furlongs.

Along with Cox’s duo of Beau Recall and Juliet Foxtrot, the Old Forester Mint Julep is expected to include multiple stakes placed Altea for trainer Chad Brown, according to Churchill Downs assistant racing secretary and stakes coordinator Dan Bork. The Winning Colors field is likely to include Bell’s the One, Break Even, Mia Mischief and Spiced Perfection.

Entries for Saturday’s 11-race program will be drawn on Wednesday.