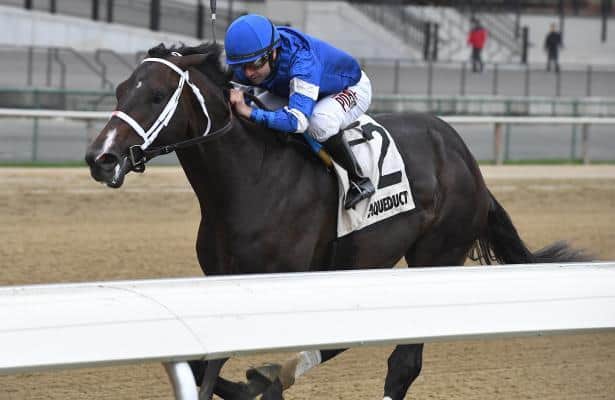 The colt came out of his most-recent work showing lameness and was sent to Kentucky’s Rood and Riddle for inspection by noted Dr. Larry Bramlage. The nature of his injury wasn’t revealed, but Godolphin’s announcement indicated the son of Street Sense will receive 90 days off and “will be re-evaluated at that time.”

“We’re just not sure he’s sound,” McLaughlin said earlier this week. “Obviously, something happened in the work for him to be lame right after it. That’s as far as I can say."

McLaughlin called it an "unusual situation" because, after exhibiting lameness, Avery Island appeared normal in the days that followed his workout.

Last out, the colt won the Grade 3 Withers Stakes. He was pointing toward next weekend’s Grade 2 Louisiana Derby before the setback. With 14 points, Avery Island ranked inside the current Top 20 on the Kentucky Derby leader board and likely would have made it to Churchill Downs with as much as a second- or third-place finish at Fair Grounds.

McLaughlin is still represented on the Derby trail with another Godolphin homebred, Enticed, who won last Saturday’s Grade 3 Gotham Stakes. Enticed will return to New York for the Grade 2 Wood Memorial as a final prep.