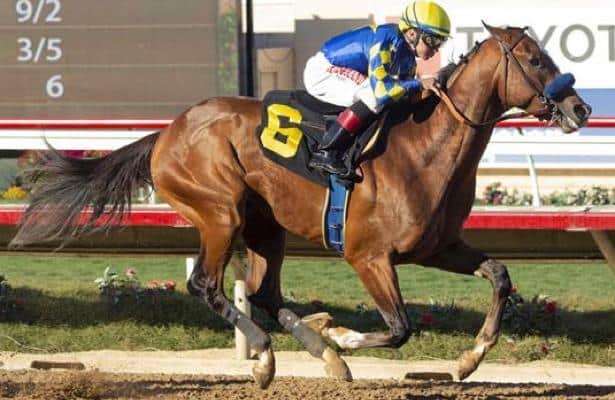 Authentic returned to the work tab on Monday at Santa Anita Park, nine days after suffering his first defeat in the Santa Anita Derby (G1).

Track clockers caught Authentic going four furlongs in :48.80 over a fast track. Trainer Bob Baffert confirmed following the work that Authentic would make his first foray outside of California for his next test in the Grade 1, $1 million Haskell Stakes at Monmouth Park on July 18. Hall of Famer Mike Smith was aboard for Monday's work and will have the call in the Haskell, Baffert said.

The 1 1/8-miles Haskell this year serves as an official qualifier for the Kentucky Derby, rescheduled for Sept. 5. Points will be paid on a scale of 100-40-20-10 to the top-four finishers. Authentic currently sits fourth on the Kentucky Derby leaderboard with 100 points.

Nadal and Charlatan, who were each last seen winning divisions of the May 2 Arkansas Derby (G1), both suffered ankle injuries in recent weeks that knocked them off the Triple Crown trail. Nadal showed the beginning signs of a condylar fracture after a work in late May and is expected to be retired, while Charlatan was found to have filling in an ankle that will keep him sidelined through at least the Kentucky Derby.