At Santa Anita, what happens after the next breakdown? 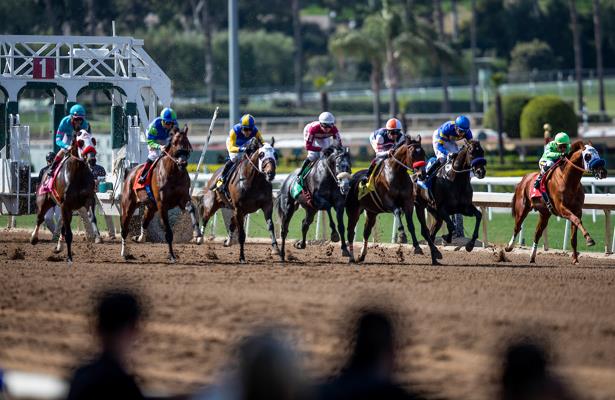 The appropriate reaction to Santa Anita Park’s resumption of racing this weekend is hope.

Hope there won’t be another incident. Hope there won’t be another injury. Hope there won’t be another equine fatality. That hope is noble, well-intentioned, and aspirational, but it’s also irrational. Twenty-two equine fatalities at Santa Anita since Dec. 26 derailed horse racing in Southern California for nearly a month, and as foul as it might feel to say out loud or to even think about, there will be a 23rd. Everyone involved in horse racing knows it, including those who have been tasked with stewarding the Thoroughbred industry into the future. It is the reality of the sport. So what will happen, both inside the racing community and outside, when the next horse breaks down at Santa Anita? The answer, after consulting with industry stakeholders in the region, is: it depends. The Stronach Group (TSG), which owns Santa Anita, has hired a public relations firm that specializes in crisis management. Other industry groups in California have statements at the ready. The context matters, though. The way it happens matters. Which surface it happens on matters. Whether it happens during training or racing matters. “The answer, of course, is there is no answer,” said horse owner and California Horse Racing Board chairman Chuck Winner. “It will be another tragedy. We hope it won’t happen, but it will. We all know that. Horses break down just running in the fields. They could break down running on clouds. A great deal will depend on circumstances.” But how rapidly so much has changed at TSG racetracks in California is a concern for many inside the racing bubble. A March 14 open letter from TSG chairman and president Belinda Stronach, released just hours after the 22nd fatality, called for sweeping and fundamental changes at both Santa Anita and Golden Gate Fields. The move was lauded by many, including prominent industry figures, but also engendered fear and apprehension in others, particularly horsemen. Although compromises were made and approved by the CHRB on a number of those reforms Thursday, there is still a worry another fatality could lead to more measures that have been perceived by some to be reactionary and unilateral. It has also been a common argument that the measures already taken are not related to the fatalities, like proposals put forward by TSG and addressed by the CHRB to limit jockey whip use and Lasix administration. “The incrementality of actions has been supremely concerning," Pat Cummings, executive director of the Thoroughbred Ideas Foundation, said on Twitter. "This scenario is the greatest fear, particularly when most if not all of the hotly debated ‘solutions’ don’t actually solve the problem that caused them to be proposed."