Asmussen moves within 14 of record; starts 2 on Monday 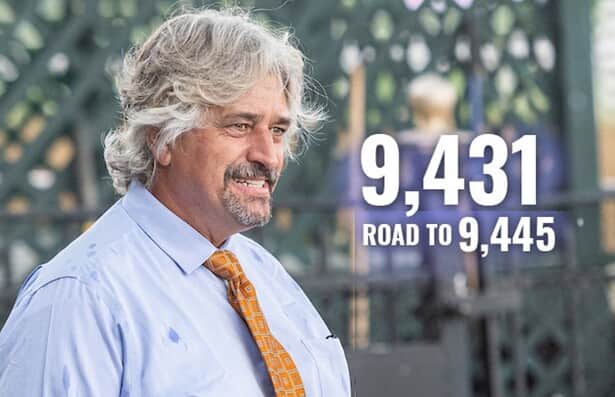 Asmussen avoided being shut out Sunday when Midnight Karma (4-5) scored to win a claiming sprint at Louisiana Downs.

The two horses Asmussen has entered Monday (with morning-line odds) include:

Asmussen scratched his starters from opening day at Colonial Downs. Boldor was removed from the 5 1/2-furlong Meadow Stable Stakes on the turf, and morning-line favorite Gallant Plunger had been entered in a seven-furlong allowance.

At his rate this year of 1.52 wins per day, Asmussen is on pace to break Baird’s record on or around July 28.

The world record is still about 1 1/2 years away for Asmussen. Peru-based trainer Juan Suárez Villarroel, who added two wins Sunday, has 9,868 victories, according to the website Página de Turf. Since last fall Suárez Villarroel has averaged 0.75 wins per day, meaning Asmussen could close the gap by early 2023 if both maintain their current win rates.