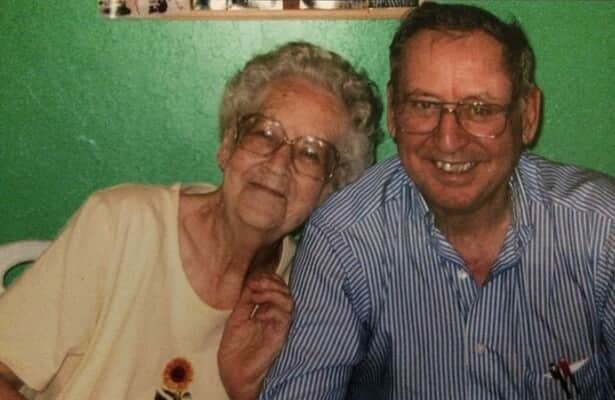 The inevitability of Steve Asmussen becoming the winningest Thoroughbred trainer in North American history might seem an uneasy reality for the family of the current record holder.

On the contrary. Relatives of the late Dale Baird seem to have embraced it.

“I think it’s a good thing,” his brother John Baird, 76, told Horse Racing Nation. “Records are made to be broken. It doesn’t take anything in my mind away from what Dale accomplished.”

[11 away from record, Asmussen has 5 starters Friday]

Working mostly at what began as Waterford Park and is now Mountaineer Casino Racetrack and Resort in West Virginia, Dale Baird won 20 consecutive training championships and racked up most of his 9,445 victories. In the course of a career that began 60 years ago, he was the first trainer to collect 300 wins in a year. That was in 1973. Then he did it seven more times.

“He was the last of his kind,” said Mike Baird, 50, also a trainer who is John’s son and Dale’s nephew. “He personally cared for and was hands-on with every one of those winners.”

Before he was the “Wizard of Waterford,” before he was the nation’s winningest trainer 15 different years, Dale Baird was one of 12 siblings, all of whom have worked with horses. They are a family not unlike the Asmussens, who themselves have been steeped in the racing industry for generations.

“It’s extremely significant to me coming from a racing family,” Steve Asmussen told reporters this month. “All of us being involved, we’ve been very fortunate, very blessed in racing. We’ve been pursuing this amazing record of Dale Baird’s for quite some time.”

The similarities seem to end with the numbers. Where Asmussen operates an interstate mega-stable, Dale Baird was all about his home track in West Virginia.

“I’m a big fan of Steve Asmussen,” Mike Baird said. “But these guys who are winning at the rate Dale did, now they’ve got them at six racetracks with six assistant trainers, and they win a few thousand races with horses they probably never laid eyes on. Dale could identify every horse and his name and its condition and where he got it and how much he paid for it. It was an uncanny ability.”

Comparing and contrasting Asmussen with Baird is like weighing Kareem Abdul-Jabbar against Giannis Antetokounmpo. Yes, they won championships 50 years apart with the Milwaukee Bucks, but each did it in his own way.

“He was a private man, unassuming and without pretense,” Dale’s children, Perry, Bart and Janet, said in a eulogy more than 13 years ago. “He did not share a lot about himself with the world. He was not boastful in spite of his major accomplishments.”

Indeed, Asmussen’s chase is providing a very public platform to remember how Dale Baird carved his 47-year career. It has also brought back the devastating story of his death just two days before Christmas in 2007.

Driving his pickup truck and towing an empty horse trailer on windy, icy Interstate 70, he lost control and crashed into another car about 20 miles east of Indianapolis. At the time, Baird was heading west to his family’s holiday celebration.

“He was on his way home to Illinois,” said John Baird, who was born to J.I. and Edna Baird 10 years after Dale. “From there he was going to go to Chicago to try to buy some more horses. He had some horses up there to look at after Christmas. So he was still engaged in his operation when the accident happened.”

“He was a very young 72,” Dale Baird’s children said in their eulogy. “More like a golf score.”

It begs the question just how many more wins he had in him. At a time when accomplished trainers such as D. Wayne Lukas and Art Sherman are still going in their 80s, who is to say how high he would have set the bar? Baird was the first trainer in the world to reach 7,000 wins. And 8,000. And 9,000. Why not 10,000?

“I don’t dwell on that at all,” John Baird said. “He would have trained horses until he couldn’t.”

When Dale Baird died, his 9,445 wins were the world record. That mark was not broken until nearly two years ago by South American trainer Juan Suárez Villaroel, who is at 9,868 and counting. Now with his multimillion-dollar operation that covers owners and racetracks big and small, Asmussen is on pace to move past Suárez Villaroel in early 2023 – and past Baird next week.

“They’ve done it in two different ways,” said John Baird, who also is based at Mountaineer and has 2,103 wins of his own. “Dale ran his own horses and put up his own money to get them. He didn’t have owners who had $1 million to spend. Nothing against Asmussen or any of the other guys; it’s just a totally different ballgame. We started on our own and had to make our own way, which is all right. I’m proud of the way we did it.”

Dale Baird did it with his sleeves rolled up and an acute, equine eye. He had a way of seeing things that others did not. Mike Baird remembered when he was a boy, the two of them were looking at horses to buy at Frank and Sharon Kirby’s Hondo Ranch near Chicago.

“They jogged two horses down the shed row,” he said. “The first horse is a little bit sore, and the second horse is more sore than the first one. Dale looks at Frank Kirby and says, ‘I don’t want the first one. I’ll take the second one.’ I say, ‘Dale, how did you make that choice?’ He goes, ‘You’re not watching right, Mike. Watch their faces. You see how crabby and unhappy that first horse is? He doesn’t want to run anymore. The second one is a little sore, but his eyes are bright, and his ears are forward. I can’t win with that first one, but I can win with the second one.’ I never forgot that lesson.”

The lessons one generation passes to another. Keith and Marilyn Asmussen handed them down to their sons Cash and Steve. In a subtle way, the Bairds have noticed.

“I was at Presque Isle Downs,” said Mike Baird, who has 957 wins in his 25 years of training. “The first or second year it was open, Steve had a stable there. I watched him walk through the shed row and start speaking to one of his grooms, asking about a particular horse. Instead of just talking to the groom, I watched Steve Asmussen grab a brush and start brushing the opposite side of the horse that the groom was brushing as they were talking. So my first impression was I like that guy.”

Good horsemanship. It is just another hallmark of families who are the backbone of racing. They are not without challenges, particularly at the grassroots level with which the Bairds are most familiar.

As Dale Baird’s children remembered, “Back when he was president of Mountaineer (Horseman’s Benevolent and Protective Association), and the track was shut down, he made it a point to rent a building in Newell, a nearby town, for laid-off workers and track help to go to – to keep their minds and time occupied until the track reopened.”

Mountaineer has teetered on the brink of collapse a few times in its history. Even though it is now flush with money coming from slot machines, that has not made it much easier for small-time operators to run their stables.

“It’s tough to do, and it’s getting tougher,” John Baird said. “I think racing is making it tougher on itself. Expenses are going up tremendously, and purses aren’t.”

To further illustrate the contrast between Asmussen’s big operation and the small one Dale Baird had, Asmussen has brought in nearly $8,000 in earnings with each start. Baird averaged $620.

It is not a new story. It was the tight economics of racing that led the Bairds out of their native eastern Illinois. That was where Dale and John’s father switched nearly 70 years ago from farming livestock to racing horses, starting at Midwest county fairs and moving up from there.

“I worked back there for 15 years at Fairmount Park, Hawthorne Park, Sportsman’s and Arlington,” John Baird said. “When (Mountaineer) got their slots, and their purses went up rapidly with year-round racing, I moved. I’ve been out here 25 years. It’s home now.”

The Bairds established themselves as neighborly right away in West Virginia.

“Dad was a generous man,” Dale’s children said. “He would help when and where he could. He would loan tools, equipment, trucks, trailers to whomever, if needed. Sometimes getting them back could be a problem. He would also help others with business decisions, planning and advancement.”

If Asmussen’s chase of Dale Baird tells any story, John Baird hopes it is one of perseverance.

“With a little luck and hard work, a guy can still make it in horse racing,” he said. “If you take Dale’s story and keep it alive, I think it’s good for the sport.”

Should Dale Baird be in the National Museum of Racing and Hall of Fame? The question was a matter for off-and-on debate when he was alive and building his record. The biggest honor the racing industry gave him was a special Eclipse Award in January 2005.

In the meantime, Baird’s torch will be passed to a trainer who is already in the Hall of Fame – and a true horseman in the purest sense of the word. Mike Baird said that torch will be in good hands.

“When Dale’s record is going to be broken,” he said, “I’d just as soon it be Steve Asmussen.”