Asmussen Tangles With Baffert in Malibu 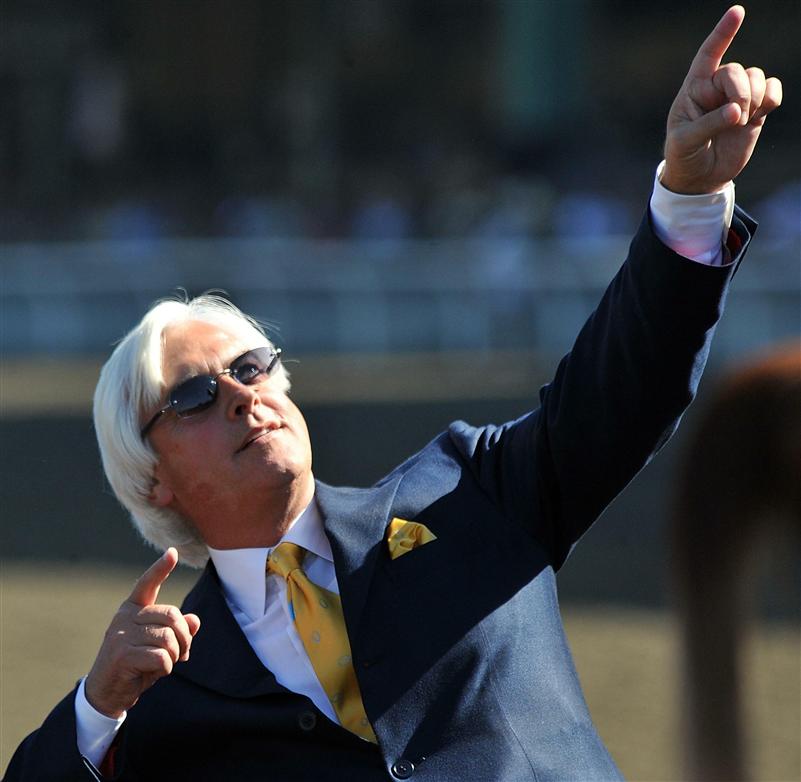 Between the two of them, Bob Baffert and Steve Asmussen have seven of the 11 horses entered in the Grade I Malibu Stakes, Santa Anita’s opening day feature on Monday.

Baffert, a nine-time Santa Anita training king and a member of the Hall of Fame, has entered Racing Aptitude, Hoorayforhollywood, Smash and The Factor. Asmussen, Eclipse Award winner as the nation’s outstanding conditioner in 2008 and 2009, entered Rothko, Light Up the Score and Wine Police.

The Factor is Baffert’s most accomplished runner, with three graded stakes wins on his resume, including the Grade I Pat O’Brien at Del Mar in August.

Hoorayforhollywood was second by a neck in the Delta Mile; Smash was second in the Grade II Carry Back at Calder, while Racing Aptitude shows two minor stakes victories, including the Yo Eleven at Hollywood Park on Nov. 11.

Rothko’s most recent tally, a 6 ½ length romp on Nov. 4 at Churchill Downs earned him a career-best Beyer speed figure of 96. Under Julien Leparoux, the bay colt by Arch negotiated the six furlong distance run over a muddy strip in 1:09.40. Rothko was attentive to the pace and never looked a loser while dominating a nine-horse field.

Light Up the Score’s most recent win also came in a nine-horse field, at Churchill Downs on Nov. 25. The Kentucky-bred son of Even the Score won easily by 2 ½ lengths as the 7-5 favorite. He was ridden by Javier Castellano.

Wine Police was second in the Jimmy V in the mud at Churchill Downs on Nov. 4, and was third in the Grade I Hopeful at Saratoga as a 2-year-old. A Kentucky-bred son of Eclipse Champion Sprinter Speightstown, Wine Police has an overall record of 3-1-2 from seven starts.