As Baffert suspension ends, is Monmouth among his targets? 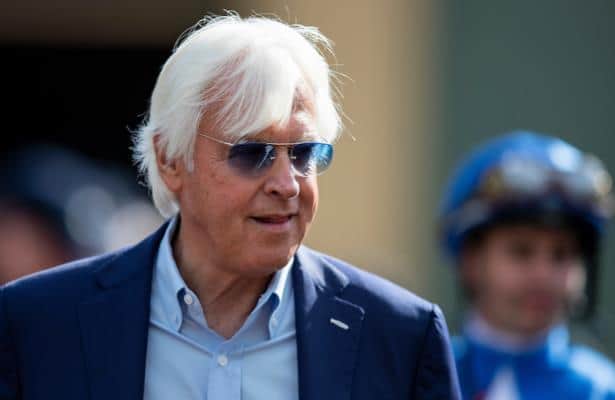 The last day of Hall of Fame trainer Bob Baffert's suspension is Saturday, so speculation is rising about whether he might have a contender in the Grade 1 Haskell, which he has won a record nine times, most recently with Authentic in 2020.

Asked whether the July 23 Haskell or its undercard at Monmouth Park might be a target, Baffert told the Asbury Park Press of New Jersey, "I get back to training Sunday. Know more by the afternoon or Monday. Haven't seen horses for 90 days."

Monmouth Park, for its part, would welcome the trainer, track leader Dennis Drazin told the Press. "Bob Baffert has been a central piece of making the Haskell what it is today and has always supported Monmouth Park, and once his suspension ends he is welcome to come to Monmouth Park and participate in any of our races that he wishes to.”

Baffert has had 15 Haskell starters, the report noted, and all have hit the board. The race is the first Grade 1 on the calendar after his suspension.

He has plenty of potential contenders who have been with other trainers during his suspension.

One of them is Taiba, so impressive in his first two starts but 12th in the Kentucky Derby for Baffert stand-in Tim Yakteen.

Messier, who was 15th in the Derby likely wouldn't be ready, according to the report. Neither will Corniche, who used to be in the Baffert barn and is now with Todd Pletcher, who has indicated he will skip the Haskell.

Another possibility is Hopper, who broke his maiden in May for Sean McCarthy and then won the Affirmed (G3) by 5 1/4 lengths.