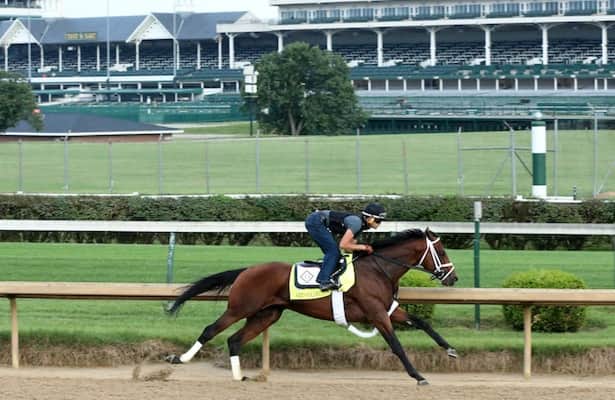 Art Collector has been on the sidelines since running eighth in last year’s Breeders’ Cup Dirt Mile at Keeneland. The colt went to the farm in South Carolina after the Breeders’ Cup but has been back on the work tab at Churchill Downs for the last four weeks. The five-time winning son of Bernardini worked a half-mile in :50.60 seconds on the turf Sunday at Churchill Downs with regular rider Brian Hernandez Jr. in the saddle.

“He has some turf in his pedigree and actually broke his maiden on the grass. Today’s work was just to keep our options open,” Drury said. “We’re going to target the seven-furlong Kelly’s Landing on dirt as his comeback race and take things from there. We’re very fortunate to have a horse like this in our barn. He’s shown his talent last year, and we’re very excited for what’s ahead this year.”